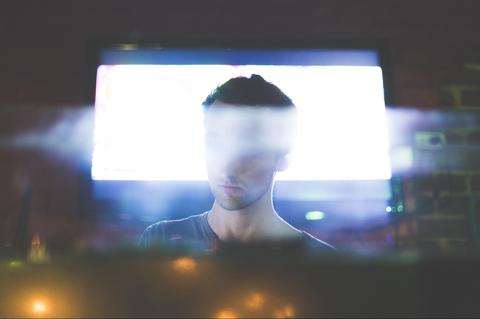 Twenty One year old Tom Purcell is WAVE RACER– a 64-bit freak riding a jet ski into the Sydney horizon.

Taking cues from cross-continental club sounds and gold-plated production standards, Purcell’s blend of pixelated future-funk is fast taking Australia by storm. From mind-bending Jersey Club anthems to a sun-drenched take on modern Hip Hop instrumentals, his sound is often (and best) described as driving down Mario Kart’s Rainbow Road to the club of your dreams.

Having just released his double-A single ‘Stoopid/Rock U Tonite’ and a remix for Ghost Town DJs ‘My Boo’ Wave Racer is now amongst the most rotated artists on Australian national broadcaster Triple J whilst appearing on BBC Radio 1 and topping the indicative Hype Machine charts at #2.

"Oh sweet vocoder, you melt like honeycomb in my mouth. You taste even better when you’re resting on a bed of dense synthcake. Drizzle some melodic treacle over the top and my friend, you have the perfect after-dinner treat. I’m going to give the dessert metaphor a rest before my keyboard short circuits from excess amounts of drool, but my enthusiasm rings true in literal terms too - Wave Racer’s ‘Rock U Tonite’ is bloody excellent." - Stoney Roads

"...if artists like Boy-8-Bit and Wave Racer continue making amazing music, it may be enough to convince antique computer geeks to put down their computer keyboards and pick up, well, a synthesizer keyboard and whatever other magical devices make this bizarre and wonderful music." - Hilly Dilly

The show at Empire Control Room on Thursday, March 13