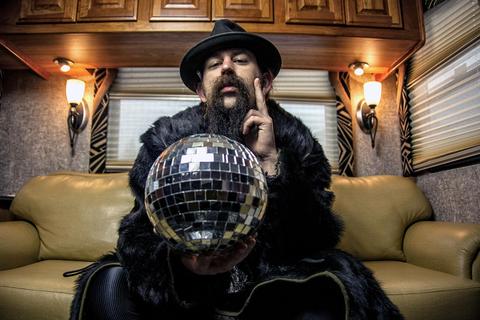 Ishi was born as an experiment between friends. In 2006, JT Mudd & Brad Dale set out to create a sound that would help redefine the pop sensibility of modern day music. Their vision was to blend the classic, soulful story-telling and organic instrumentation of traditional folk music, with the infinite sonic possibilities offered through electronic production. Experimentation quickly evolved into a journey of sound that would ultimately lead to the songs that comprised Ishi’s award-winning , “Through the Trees”. 2010 & 2011, Best New Act & Best Electronic/Dance Act by the Dallas Observer.

Ishi’s ability to successfully walk the line between an ambitious studio act and a multi-sensory live experience allows them to engage their audiences in an uplifting celebration of life and universal awareness. High-energy dance floors combined with the subtle undertones of inner-exploration combine to create a concert experience that is unequivocally one-of-a-kind. Each night, Ishi intends to create an entirely unique environment of mysticism, awareness, love and acceptance. Adored by fans and critics alike, there is no denying that “Ishi” is an immersive experience that everyone should discover.