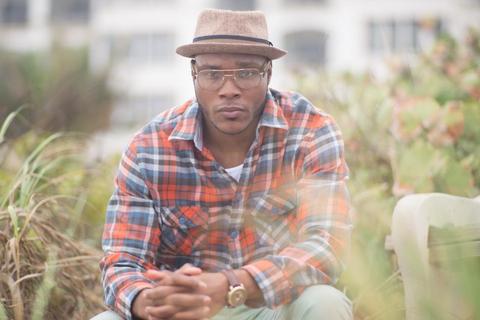 Eric Biddines was raised by his single mother in a Jehovah Witness household. Him and his three siblings would listen to early Motown,Al Green, Luther Vandross and current RnB. Their Mother would hold these contests and the winner would receive one dollar for the best performance, this tradition would plant the competitive seed in Eric.

At the age of 6 when Eric's parents separated they relocated from Ocala Florida to Delray Beach just 50 miles north of Miami. The change was completely different, from a small country town to living in the lower class neighborhoods and projects. It would be here, palm beach county that Eric would fall in love with southern rap acts such as Outkast,GoodieMob and Devin The Dude to name a few.

By the time Eric reached High School he had already begin recording music and releasing it physically under a duo called 2slabz.
Although gaining local recognition in the group, creative differences and natural growth would lead Eric to venture into a solo career under his birth name "Eric Biddines".

Experimenting with a few singles and releasing his first solo
album titled FLAlien:planetcoffeebean. The planetcoffeebean Album was received so well that it spear headed a movement that influence Eric's entire outlook. The definition behind planetcoffeebean is the alternative way of living. This state of mind allowed Biddines to create art freely without the traditional boundaries and standards.

Today Mr. Biddines released a total of 5 Albums which you can find on his official site www.ericbiddines.com His planetcoffeebean 2 Album released early 2013 made such an impact that Complex Magazine tapped Eric to collaborate and produce a music video for one of the projects singles "Message In A Bottle".

Every once in awhile we come across an artist with plans to change the direction of music. A passion to impact the culture and push the borders beyond existence. Eric Biddines is that artist. Today his focus is to be remembered by his strategies and unique campaigns, and hope that the generations to come look at his path and say, I want to do it the Eric Biddines way. The Do It Yourself way.