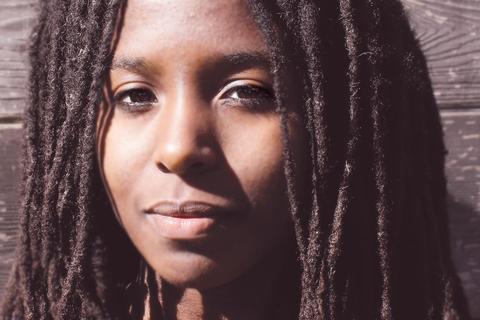 Aisha Burns is a violinist and singer-songwriter living in Austin, Texas.

Hailing from San Antonio, Aisha moved to Austin when she was 18, and in 2006 joined folk rock outfit Alex Dupree and the Trapdoor Band (now Idyl), her first musical endeavor beyond the classical realm. She joined Balmorhea on violin in 2007 and has been touring, recording and performing with both bands ever since. After years of secret singing, she began tracking a project of her own. Inspired by Gillian Welch, Nina Simone, the warmth of a string quartet, the quiet of night, loss, and simplicity, her debut record "Life in the Midwater" was born.

Exploring mortality and relationships with candor and wisdom, the Western Vinyl release, "Life in the Midwater" is sometimes tense, sometimes soothing, as it moves from minimal to sweeping arrangements as remarkable for their diversity as their cohesion.

Burns' contributions as the violinist and occasional vocalist for the Austin band Balmorhea belie a nuanced songwriting prowess, and a dynamic and powerful voice.