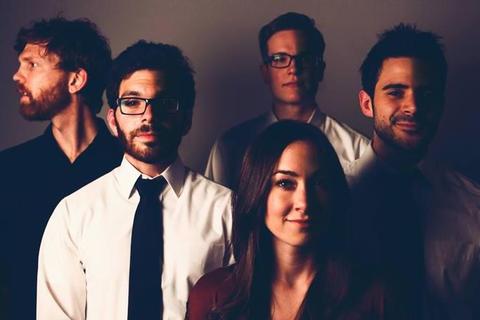 Listen to Fly On (Forever Is Better With You)

At once danceable and reflective, familiar and nostalgic, Humming House is a musical experiment gone right. Woven together from diverse backgrounds (Americana, classical composition, bluegrass, soul, and traditional Irish music), their playground of musical exploration has something for every generation. Unmistakable pop sensibilities mixed with a depth of lyrical narrative give their whimsical songs an irresistible quality that can only be described by the imagery of the name – Humming House.

Fresh from recording their debut album with Grammy-winning producers Vance Powell (The White Stripes, Chris Thile, Buddy Guy) and Mitch Dane (Jars of Clay), Humming House has hit the ground running. A whirlwind of press has followed as the band had been featured on NPR’s Live in Studio C and All Things Considered, Nashville’s Lightning 100 local spotlight, American Songwriter Magazine, STETSON’s Center Stage campaign and Daytrotter. The band's second single, "Cold Chicago" video was sponsored by Stetson and is currently in rotation on CMT Pure and Zuus Country. Humming House has had placements on FX's "Justified" and MTV's "World of Jenks". With over 100 tour dates behind them, they are currently touring nationwide with notable plays at Bristol Rhythm and Roots and the Americana Music Festival. They have shared the festival stage with the Carolina Chocolate Drops, Dr Dog, Justin Townes Earl, The Steep Canyon Rangers, and Jason Isbell. This coming winter Humming House will be performing on the Cayamo Cruise with John Prine, Brandi Carlile, and John Hiatt.