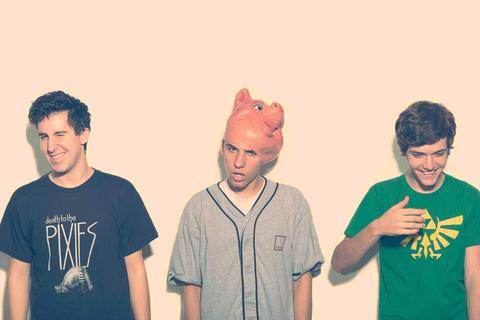 Toronto musicians Matthew A. Tavares, Chester Hansen and Alex Sowinski first met in Humber College’s Music Performance program, bonding over a common love for Odd Future, Gucci Mane and Lil B. With Matthew on piano and synths, bassist Chester, and Alex on drums, they began casually jamming. They soon decided to film themselves flipping Odd Future songs into a jazz medley and putting it on Youtube. The drummer wore a pig mask. They were christened the Odd Trio via cardboard sign and went viral.

After the first Odd Trio video, they kept putting out new videos regularly. Millions of views later, the newly christened BADBADNOTGOOD released their self-titled EP in June 2011. Tavares’ virtuosity on keys, Sowincki’s human drum machine prowess and Hansen’s in-pocket swing on bass instantly redefined the possibilities of what a trio can do and opened them up to a whole new audience. Inspired equally by Lil B than John Coltrane, BADBADNOTGOOD found the post-bop in Big Apple classics (“The World Is Yours”, “Mass Appeal”, “Electric Relaxation”), Zelda themes or the off-kilter electronic soundscapes of Flying Lotus.

In September 2011, BBNG sold out their debut show at Toronto’s Red Light Club. Soon after, a friendship on Twitter led to jam sessions with Tyler the Creator. The moment was captured on Youtube and spread through the web like wildfire, soon followed by an opening set for Roy Ayers and a headlining performance in London for acclaimed BBC radio host Gilles Peterson’s Worldwide Award show in December 2011.

Since then, nothing seems to stop these three. Two live albums and a second full-length (BBNG2) later- all available for free on their site- have gotten them the unique status of being “band-in-residence” at Coachella 2012 and Frank Ocean’s backing band at the festival that year. Since then, they've sold out shows from London to NY all the while working on their biggest project to date: BBNG3.

The show at Swan Dive Patio on Wednesday, March 12