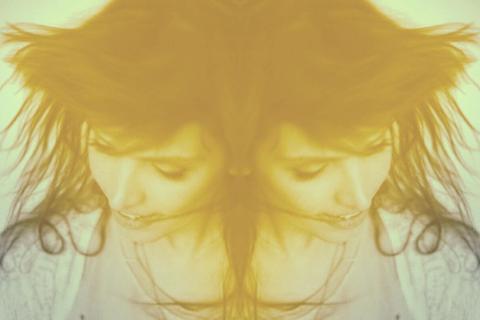 With a couple of albums of original work under her belt, released in Europe and her native Denmark, CALLmeKAT is now back with a brand new EP.

The Scandinavian alt psych-pop songstress has won over ears and hearts all over with her previous tours on both sides of the Atlantic and live features in the web-sphere, such as her performances on NPR's All Songs Considered.

Her Copenhagen via Woodstock-blend of experimental elements and downright catchy tunes, anchored around devastating vocals have put her name on the map of artists to watch. Her live performances seal the deal: Thumping beats and bluesy pop passages lead by her vocals including psychedelic kazoo solos, truly set her apart from the masses and take listeners into a world of its own, filled with emotion and raw love for music.

Hidden Waters is the first EP of an EP-trilogy and will be released worldwide in early 2014. This feet-tapping worthy jam is filled with just the right mix of memorable melodies and wavy vintage organs. A both deep and joyful expression from CALLmeKAT. Something new and something old it its own attire.

Hidden Waters is recorded in the Catskill Mountains of New York State and features Katrine on vocals/keyboards as well as her two longtime collaborators Joe Magistro and Daniel Fridell.

She's one of those artists that has been quietly generating some of the most incredible music around while flying well under most people’s radars. - IFC

This Copenhagen musician manages to stand out from the pop star pack. - Nylon Magazine

Afterwards we remained silent, not wanting to hear another sound other than her. - Yours Tru.ly