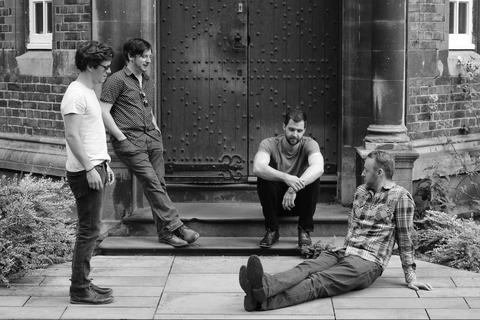 You’ll be delighted to know that there is nothing typical about The Young Folk. Yes, the band members (Anthony Furey, vocals/guitar, Tony McLoughlin, bass/mandolin, Paul Butler,piano/vocals, and Karl Hand, drums/percussion) are of a certain youthful age, and yes, the songs they create are variants/enhancements on what could be tethered under the term ‘folk’, but if you’re looking for very obvious reference points (or worse, clichés) then you’d best search elsewhere.

In 2012, the band played Irish summer events such as Castlepalooza, Sea Sessions, Sligo Live, and Valentia Isle Festival, and then performed shows in parts of Scandinavia. This year alone, The Young Folk have gigged in New York (for Culture Ireland), Italy and Ireland and in the UK (the prestigious Cambridge Folk Festival, where they shared a stage with The Waterboys and The Staves).

Recently having signed a publishing & Licensing deal with ARC Music in late November 2013, The Young Folk are set to release their debut album in the first half of 2014.