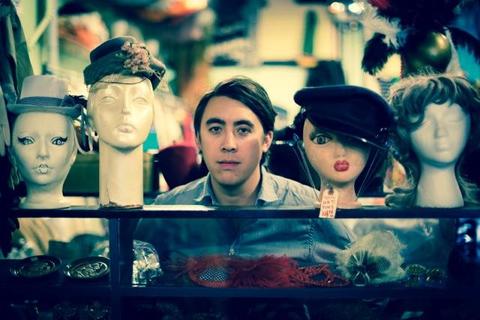 Listen to Nothing's Gonna Harm You

JP Hoe’s sophomore album, 2012’s Mannequin, may be named for a plastic ideal — but it beats with a human pulse. The acclaimed Winnipeg-based singer/songwriter has crafted the kind of album that, to borrow a Wilco lyric, tries to break your heart. A soaring collection of cinematic epics that still burn with an intimate intensity. The six time Western Canadian Music Award nominated artist has a tremendous gift for writing songs would sound as good stripped down around a campfire as they would in a soft-seat theatre with a full orchestra.

Hoe’s big, bold, blue-sky voice — the product of hundreds of days on the road — has a lot to do with that. He’s a dyed-in-the-wool troubadour type who knows he’s only as good as his last show. He’s played gigs all over the world, connecting with audiences via his soul-on-sleeve lyrics, but also his down-to-earth unpretentious charm. There’s a reason his annual hometown concert, The JP Hoe Hoe Hoe Holiday Show, is a perennially sold out December tradition; the guy knows a thing or two about showmanship.

He also knows his way around a love song. It’s a deft songwriting touch that has evolved over two albums, including 2006’s Live Beta Project and 2008’s ambitious 17-song opus The Dear John Letters. Unlike that sprawling studio debut, Mannequin sees Hoe at his tightest and most focused; the writing is sharper. More world-weary, perhaps, but better for it. Mannequin is melancholy, but it never wallows. It’s an intimate album about getting a little older and a little wiser.

The show at TenOak on Thursday, March 13