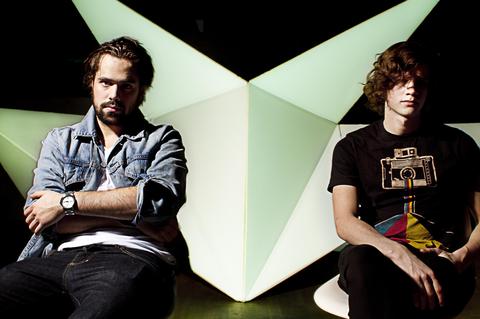 With its unique blend of indie, disco and electro-tinged earcandy, Norway’s Lemaitre (Ulrik Denizou Lund and Ketil Jansen) is the newest addition to the Astralwerks Records roster. Now based in LA, the duo has begun work on the next Lemaitre EP, due out on Astralwerks later this year.

Formed in 2010, Lemaitre’s self-released 2012 EP “Relativity 2” shot to #1 on the iTunes Electronica charts in the US & Canada and charted in the Top-10 in 12 countries including the UK, Australia and France. A #1 HypeMachine artist on multiple occasions; the band boasts more than 5 million combined YouTube views and more than 1 million Soundcloud followers – making it the fifth most followed artist on the platform. Most recently, Lemaitre’s single “Continuum” was voted the #1 Electronic Track Of The Year by Reddit users.

2013 also saw a number of high-profile synchs for Lemaitre including the pinnacle of all commercial synchs: an Apple commercial. (Lemaitre’s “1:18” single features in Apple’s “Designed Together” ad for the iPhone 5c. Lemaitre has also remixed for the likes of Martin Solveig, Netsky, Porter Robinson and Mat Zo, collaborated with artists such as Camo & Krooked (on the well-received “Dreamcatcher” single), and received praise from peers such as Zedd, Madeon, Glitch Mob, and many more.

The band’s live show is as ambitious as its music; consisting of three self-designed light installations complete with 3D animations. Having already stormed the stages of Europe and Australia, Lemaitre is now focused on the U.S. 2014. In addition to the new EP set for release on Astralwerks later this year, Lemaitre will play its first-ever U.S. shows at SXSW 2014.

The show at Parish on Wednesday, March 12