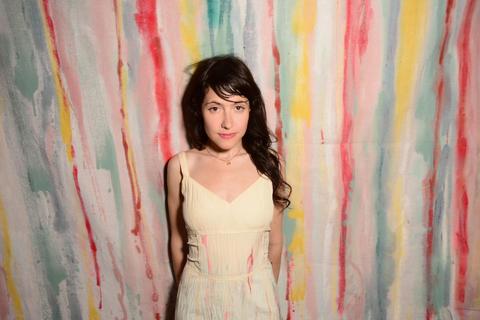 After the success of Elizabeth & the Catapult's critically acclaimed 2010 album The Other Side Of Zero, Elizabeth Ziman went underground. Seeking a new perspective, she learned guitar and starting busking in the subways of Brooklyn. She also played drums for her friend Kishi Bashi, partnered up with her friend Paul Brill to write music for film (Knuckleball, Sexy Baby, The Other Shore) and wrote the songs that eventually became her new album, Like It Never Happened, which will be released on January 21 by her new label Thirty Tigers.
Ziman had originally intended to work with songwriter Richard Swift on Happened, but after Swift joined the Shins they put the project on hold, and she reunited with her old friends and bandmates Dan Molad and Pete Lalish, who played in the Catapult before forming their group Lucius. Molad and Lalish helped Ziman get a warm, spacious sound for Happened.

The show at Shotguns on Friday, March 14