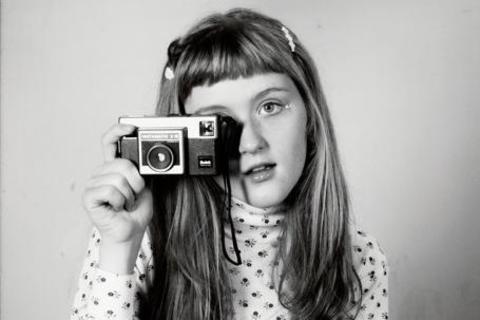 "Grace London is a 14-year-old singer, songwriter, guitar player and foot stomper. The Austin native writes witty lyrics reminiscent of Kate Nash and sings with drama: incorporating repetition, breathing and warbling into her delivery, like a young Merrill Garbus." The Deli Magazine

"London writes songs that don't sound like anyone else's and her lyrics are far beyond childish concerns. "She's the one who broke your heart/left the blood and tore you apart," she sings on "Boys," an exploration of gender roles, seen from the perspective of the opposite sex. "You won't be able to sleep at night/ Elliot Smith and your 'Star Wars' night light." Being brave enough to embrace the unflinching music of Smith, yet being afraid of the dark. It's a feeling with which a 13-year-old out to soak in real life, while aware of the danger, can identify." Michael Corcoran (Austin American-Statesman)

"London comes from a tradition of music in Austin that's supported Sahara Smith and Sarah Jarosz, and it shows. With a canny turn of words amid simple melodies - Lucinda Williams and Eliza Gilkyson feel like her spiritual godmothers - London's right in line for their brand of attention, and that's all right, too." Margaret Moser (The Austin Chronicle)

The show at Esther's Follies on Saturday, March 15