Gabby Young and Other Animals 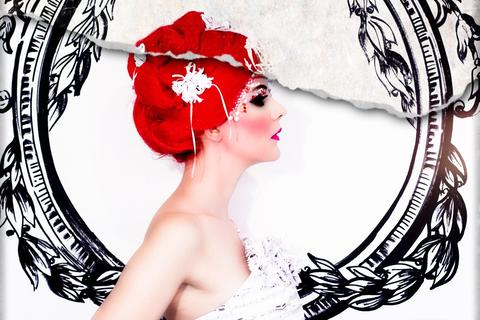 Gabby Young was on track to become an opera singer until Jeff Buckley and the jazz greats inspired her to switch teams.

Gabby’s unique perspective of the world around her is inspired as much by imagination as real events, but when thyroid cancer threatened to take her classically trained voice at the age of 22, she got serious about recording her stories. Using her recovery time to pen her melodies, Gabby took in global influences to fuel her heartfelt emotion, which shines through her beautifully haunting songs. ‘I feel
blessed rather than afflicted,’ she says simply.

Gabby recently formed the existing band, normally a 5-7 piece, who complete the magical musical fairground we know today, using a wide range of instruments, most notably trumpet, trombone, piano and accordion. Young’s avant-garde fusion of globally-influenced folk combines Balkan brass, jazz and swing in an aural antiques shop from the future to produce what has been affectionately dubbed Circus Swing by those who realised there was no existing genre to encompass Young’s sound.

With two highly acclaimed albums under their belt – the band has had glowing 4 star reviews in The Guardian, The Times, The Sun, Financial Times and Daily Mirror as well as national radio play of their
singles on BBC2 and BBC6 Music as well as numerous articles in music and fashion magazine across Europe, Australia and Japan.

Her ‘if I can balance it on my head, I’ll rock it’ approach to dressing-up recently inspired Stylist and Artrocker to hail her as a fashion icon, it’s all part of the same DIY, fan-engaging ethos that saw GYOA fund their releases through crowdfunding sites. In style and business, as in music, Young is one of life’s collectors and upcyclers.

With a new album due for release in Spring 2014, and as a true independent without any backing, Gabby turned to her fans again to help finance this, via ‘Kickstarter’. They raised the amazing amount
of around £9,000 in just four weeks.

They are garnering a worldwide following, growing daily with about 20,000 facebook followers spread across the globe and their youtube videos have become a sensation.

Gabby and the band have been as busy as ever in 2013, touring in Europe, Middle East and the UK, as well as being filmed playing in a scene for BBC1’s very popular serial “Frankie”, in an episode that
was the most watched TV programme in the UK that evening.

11:00PM Gabby Young and Other Animals