The Story of SXSWi 2014: Eye of the Beholder 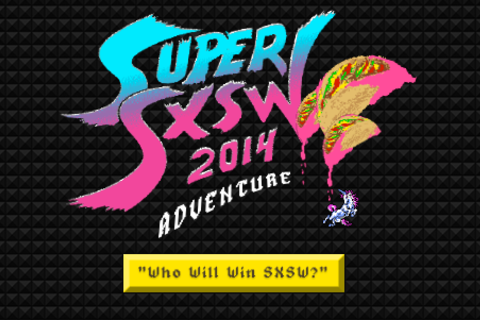 What were the top talks, tweets, trends, start-ups and parties? It’s impossible to absorb everything at SXSWi. So we dropped three energetic "beholders" into the field, documented their every move with borderline Orwellian life-tracking technology, then challenged them to keep their blood alcohol levels in check while they snuck into the hottest parties, tweeted the latest buzzwords from the buzziest talks, and shmoozed their way to career dominance. We’ll mash up their on-the-ground observations with epic amounts of collected data to recap SXSWi in gamified-trans-media-web3.0-storytelling-privacyagnostic-bigdata terms you can pretend you came up with when you're back in the office!

Jesse grew up on the Interwebz. When he was 8 years old, he asked Santa for 4MB of RAM. He’s been working in the advertising industry since QuarkXpress 3.3. In his 7 years at DigitasLBi, Jesse has worked tirelessly to make crazy ideas happen for clients like American Express, Converse, UNIQLO, Miller, Samsung, VEVO, and Google. Jesse has collaborated creatively with both Princess Monster Truck and Maru, his two favorite internet cats. Between cat projects he’s also launched a national holiday for small businesses, designed an alternative currency in Brooklyn, and made a YouTube video that was honored by the Guggenheim. His unconventional work has received top honors from the industry including Cannes Grand Prix and Titanium Lions, Grand Clios, Webbys, Pencils, Effies, and one very supportive tweet from President Obama. Jesse lives in Brooklyn, and moderates the /r/brooklyn subreddit.