Where Are the Fans? What Happened to Traditions? 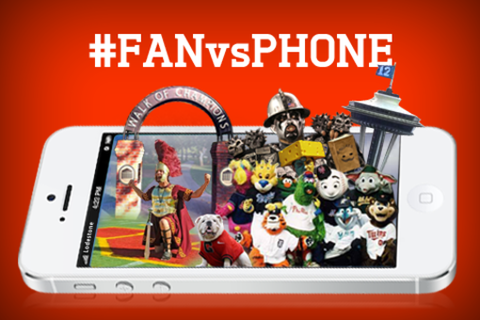 Have all the distractions at a game, social media, blasting ‘who let the dogs out’, mascot races, sponsorship contests and t-shirt bazookas replaced traditions. Has this been a bad thing for sporting events, fans and game attendance?
Are fans going from being fans of the team to being fans of the shiny marketing distractions at the game? The traditions and fans at a typical major league event for the NFL or MLB differs drastically compared to that of the European soccer league. During a typical European soccer match fans actually watch the game and breakout out in songs, chants or waves and are not distracted by the marketing glitz found elsewhere.
We will explore if building traditions, spirit and unity are better for a team and the fans. This session is part of the brand new SXsports programming at SXSW 2014.

Mark Drosos is the Founder of Lodestone Social Media, a real-time omni-engagement platform that integrates a brand’s consumer insights and marketing campaigns into a unified omni-channel experience. Lodestone’s platform delivers relevant, real-time content and incentivizes consumers to engage with the brand.

Prior to Lodestone, Mark was the Executive Director of Worldwide Interactive Marketing for Warner Bros.; the CRO of Powered (acquired by the Dachis Group) a social media agency for Sony, American Express, HP and Radio Shack and the Vice President of Business Development and Digital Marketing for nFusion. Before joining the digital media world, Mark managed the sales and marketing efforts for consumer products companies such as Hormel Foods, Rand McNally and Ruiz Foods.
In addition to being the former burrito king, Mark is a frequent speaker, interviewee, writer for IMG, NCAA Men's and Women's Basketball Final Four, AVCA, NFCA, iMedia Connection, The University of Southern California and University of Texas MBS programs and Destination CRM amongst other media outlets.

MD for RaptorAccelerator’s Austin office w/ 20+ years building and revitalizing sports/media businesses in the US, UK and Europe.

In 2011-13, Mark was CEO for AS Roma of Italy's Serie A, and today serves as Owners Rep/BOD member for the club. He is a founder and BOD member of Raptor Sports Properties, a fan data management and e-commerce provider for sports clubs and leagues globally. Mark served as Chariman, 2013 World Sports Congress.

While at MSG, Mark earned a JD from Fordham Law School. He graduated University of Texas College of Communication (1991) w/ Special Honors and as a William Randolph Hearst Fellow. In 2009, he was named the College’s Alumnus of the Year, and is a charter board member of the University of Texas Program in Sports and Media.

Mark also served as founding Chairman, board of trustees, for the Beyond Sport Foundation (2008-10), a global NGO which uses sport for development/social inclusion, and whose ambassadors are led by former UK Prime Minister, Tony Blair.