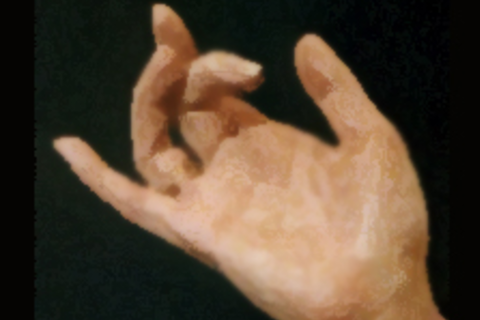 This panel looks at a wide range of intersections between interaction design and the performing arts, from narrative to puppetry to dramatic theory. The performing arts may be characterized by the expression of emotion and intent within a performative frame. By contextualizing IxD in this way, we have the opportunity to see a vast space that may be terra incognita to many designers. Noah Wardrip-Fruin’s approach looks deep into the code to find ways to embed and admit of expressive actions and behaviors. Emma’s research centers on the status of the player as performer, engaging the critical lens of performance theory to develop a nuanced approach to new interfaces for games, she talks about performance methods used in her pedagogy at OCAD. Allucquere Stone, a veteran of both installation and performance art, looks to puppetry for new inspirations. Brenda Laurel (convener) examines the value of dramatic theory and structure in design, especially in a multi-interactor world.

University of California at Santa Cruz

Brenda Laurel has worked in interactive media since 1976 as a designer, researcher, writer and teacher. She currently serves as an adjunct professor in Computer Science Department at U. C. Santa Cruz. She served as professor and founding chair of the Graduate Program in Design at California College of Arts from 2006 to 2012 and the Graduate Media Design Program at Art Center College of Design in Pasadena (2001-2006) and was a Distinguished Engineer at Sun Microsystems Labs (2005-2006). Based on her research in gender and technology at Interval Research (1992-1996), she co-founded Purple Moon in 1996 to create interactive media for girls. The Art of Human-Computer Interface Design (1990), Computers as Theatre (1991), Utopian Entrepreneur (2001), Design Research: Methods and Perspectives (2004), and Computers as Theatre: Second Edition (2013).

Emma is Assistant Professor in Game Design and Director of the game:play lab at the Ontario College of Art & Design (OCAD) University in Toronto, Canada (http://www.ocadu.ca). She has worked in the game industry for over 20 years: in development, research and the academy. She achieved international recognition for working closely with Douglas Adams as producer for the best-selling CD-ROM Adventure Game, Starship Titanic (1998, Simon & Schuster). Since then, Emma has built up a worldwide reputation for developing original as well as popular game projects.

Emma has been invited to present her work at many prestigious venues including BAFTA, the Tate, the Banff Centre and DIGRA (http://www.digra.org). Between 2001-4, Emma directed the zerogame studio for The Interactive Institute (http://www.tii.se) in Sweden, where an impressive body of applied research was created under her leadership. More recently she has been Games Research Fellow at NSAMD, UWN where she organized 2007’s Women in Games conference (http://www.womeningames.com).

University of California at Santa Cruz