Wearable Computing: Now, Near & Next Generation 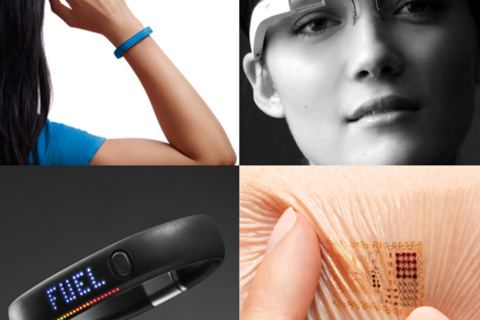 The Internet is abuzz with talk of Google Glass, and rumors of an impending "iWatch" from Apple have fanboys trembling with anticipation. Is all of this excitement hype or will this new genre of computing devices catch on with people outside of your tech department? We know what the low-hanging fruit is, so in this panel, experts from the technology, advertising, fashion and legal industries will explore where this technology is headed and what it means for the masses. As marketers, technologists, fashion designers and people who generally wear clothes, they'll also discuss what challenges and opportunities wearable computing will create for us now, in the near future and in the years to come.

Alison Lewis is a fashion technology designer that pushes the boundaries between electronic design and fashion. She has created a dress with LED lights that responds to your heartbeat, jewelry that sends reminders of love, illuminated purses and more. She is a Parsons' Graduate, one of Fast Company's Most Influential Women in Technology (2010) and one of the Best Designers in Tech according to Business Insider (2013). Alison is combining European craftsmanship with Silicon Valley tech with her new venture, Agent of Presence (AOP), a fashion accessory company developing a disruptive and magical line of context-aware and responsive fashion.

Chick Foxgrover leads the outreach to digital professionals in advertising, focusing on the discovery of important advances in digital marketing technology and practices. He also develops digital strategy for the 4A’s, overseeing the management of the association’s important knowledge assets and serve 4A’s members with digital insights and best practices.
Chick joined the association in 2008 as Senior Vice President, Chief Technology Officer, with responsibility for digital strategy and practice as well as overseeing the upgrade and modernization of the association's technology and digital presence.

He brought together the expanding community of creative and digital technologists with the creation of the 4A’s Creative Technology Committee and in 2011, spearheaded the launch of CreateTech, the premier annual conference focused on the rapidly advancing field of creative technology. Chick also speaks at other technology conferences and works with technology and future-oriented organizations on behalf of the association and the industry.

Gilly joined 22squared from Alston + Bird, LLP, where she worked as a senior associate in the Technology, Privacy & IP Transactions Group. While there she focused her practice in intellectual property, advising clients on international advertising campaigns, mobile marketing, social media, branding, contests, promotions, celebrity sponsorships, and software and technology licensing. Her past clients have included Fortune 100 and 1000 companies; small technology providers; advertisers in the homebuilding, food service and technology sectors; and authors. Gilly received her J.D. with honors from Emory University School of Law, with a certificate in intellectual property law in conjunction with Georgia Institute of Technology. Prior to college, she served in the Israel Defense Forces.

Dr. Sean White is currently a Technologist in Residence at Greylock Partners.

Before joining Greylock, Dr. White headed the Interaction Ecologies Group at Nokia, Inc., leading efforts in new mobile forms and experiences in the areas of wearables, Internet of Things, and augmented reality, and held an appointment as a Visiting Scientist at the Smithsonian Institution. His previous roles include Chief Technology Officer of NeoCarta Ventures, Vice President of Technology for Lycos, Inc., and Chief Technology Officer of WhoWhere?. Prior to that, Sean was a project lead and member of the research staff at Paul Allen's Interval Research Corporation.

Dr. White serves on the advisory boards of Skully Helmets, Perch, and Virtual Workflow and the Steering Committee for IEEE’s International Symposium on Mixed and Augmented Reality (ISMAR). In addition to having 30+ peer reviewed publications and 20+ patents granted or filed, Dr. White is a 2009 Tech Award Laureate for his work on computer vision-based mobile botanical species identification. He has lectured and taught in the Stanford University Program in Human-Computer Interaction and at Columbia University, mentored for Engineers without Borders, and served as a facilitator for the Clinton Global Initiative.

More details can be found on his LinkedIn profile:
http://www.linkedin.com/in/seanwhite