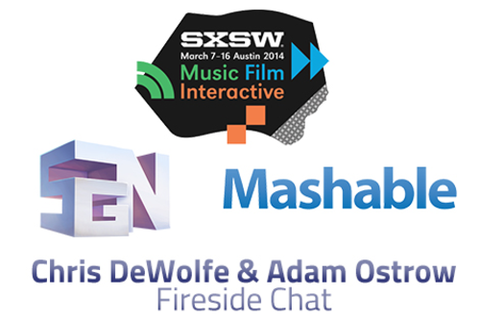 MySpace Co-Founder Chris DeWolfe sits with Mashable's Chief Strategy Officer Adam Ostrow to publicly discuss for the first time his challenging transition from leading the web's former social media giant into disrupting the mobile games industry and competing with likes of Zynga, King and Gree. This volatile business has been rife with boom and bust stories that echo the rise and fall of MySpace -- Chris reveals his scientific formula to "de-risk" this new industry by sharing lessons learned from MySpace and how he's applied them to achieve new growth and early-stage success of his fast-growing new venture, SGN (Social Gaming Network).
Attend this rare fireside chat to hear first-hand the valuable experiences of one of the web's most influential entrepreneurs - and get answers to the tough questions and challenges facing anyone looking to find new success in unfamiliar territory.
This SXSW Gaming Session at the Long Center is FREE and open to the public. However SXSW Interactive, Film, Gold and Platinum badges gain priority seating.

Adam Ostrow is Mashable’s Chief Strategy Officer, a role in which he is responsible for defining and implementing strategic initiatives across the organization.

Adam joined Mashable as its second employee and Editor in Chief in 2007, a role in which he directed day-to-day news coverage, authored more than 2,500 articles and built the editorial staff from 3 to 25 employees. During his tenure as Editor in Chief, the site’s audience grew more than tenfold. Since moving into an executive position in 2011, Adam has led the development of Mashable's video program, publisher platform, native advertising solutions and distribution strategy.

Digital entrepreneur Chris DeWolfe is best known as co-founder and former CEO of MySpace from 2003 to 2009, the social network that redefined the concept of socializing around shared interests. Under DeWolfe’s leadership, MySpace grew exponentially. At launch in 2003, MySpace attracted an average of 300,000 new members daily, and when he left the company in 2009, it had more than 125 million monthly active users globally.

DeWolfe continues his entrepreneurial mission at SGN. As CEO, DeWolfe led the acquisitions and rollup of MindJolt, SGN, HallPass Media, and Mob Science, creating a leading independent multiplatform game developer and publisher. Responsible for more than 12 top 10 titles on the iTunes Store and three number one titles on the Amazon Appstore, SGN has 35 million monthly active users, 45 million mobile downloads and more than 80 million installs on Facebook.

DeWolfe has been featured on the cover of Fortune magazine twice, was named one of TIME’s 100 most influential people in the world (2007), and chosen by Barbara Walters as one of her 10 most fascinating people (2007). DeWolfe has a B.A. degree in Finance from the University of Washington and an MBA from the University of Southern California and was honored by the latter as Alumni Entrepreneur of the Year (2006). DeWolfe served on the board of directors of the Los Angeles County Museum of Art and currently serves on the Board of Directors of Talenthouse. He lives in Los Angeles.