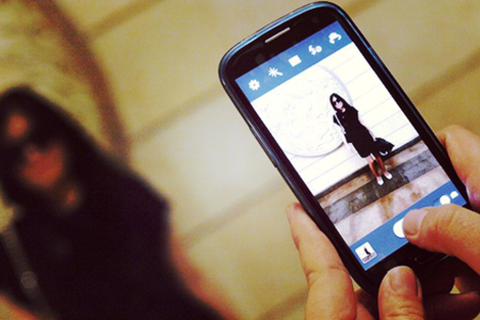 The emergence of social media several years ago changed the way brands communicated with and to consumers – forcing them to completely change their approach to marketing products and services not only online, but offline as well. This emergence of consumer-to-consumer communications has been greatly magniﬁed in the marketplace – and become an essential piece of the marketing puzzle for brands. Finding unique ways to leverage these consumer conversations into marketing strategies is essential and integrating user-generated content is an important component of brand building. Unlike traditional marketing communications, where brands and marketing managers had a high degree of control, today’s marketers have to learn how to best leverage and shape consumer discussions and generated media. In recent months, more and more brands have realized the power in using consumer-generated media from social networks - shaping and changing the way they are reaching consumers.

Justin Garrity is SVP of Postano and heads up the Postano platform and product line, which enables brands to visualize and display social media content and dynamic content on websites, at events, in retail locations, and on mobile apps for iOS and Android.

Recently named one of New York's Pioneering Women in Communications and Mashable’s Top 10 Women in Communications, Digital Brand Architects Co-Founder and Chief Operating Officer Kendra Bracken-Ferguson continues to be a recognized force in the digital space, thanks in part to a career largely steeped in harnessing the power of emerging technology to drive innovative marketing and social media tactics.

Prior to co-founding DBA, she led Ralph Lauren in launching its first dedicated global social media department, navigating brand management, marketing, advertising and public relations to spearhead a cohesive approach to the online space from the US to Japan. This success highlights an ongoing career trajectory that includes the successful completion of a MBA and recognition for her work as the youngest Vice President ever at Fleishman-Hillard New York (where she was responsible for overseeing the digital consumer team and developing social media strategies for high profile global brands in fashion, consumer packaged goods, and technology).

From helping to create one of the first Cingular and MySpace mobile music studios to leading her agency in launching the first social concierge program for a major fashion brand during New York Fashion Week, Kendra’s passion for bringing the best in branding to the digital space has been recognized by numerous industry leaders. In 2013, she was awarded by Purdue University College of Liberal Arts with the prestigious Emerging Voice Award. She was also featured as one of the twenty-eight most influential African American women in Essence Magazine in 2011 and Mobile Marketer's "Mobile Women to Watch" in 2010.

A New York City resident and former New York Women in Communications board member, Kendra splits her free time between numerous speaking engagements for keynote events like SXSW and Social Media Week and mentoring young communication professionals eager to break into the industry.