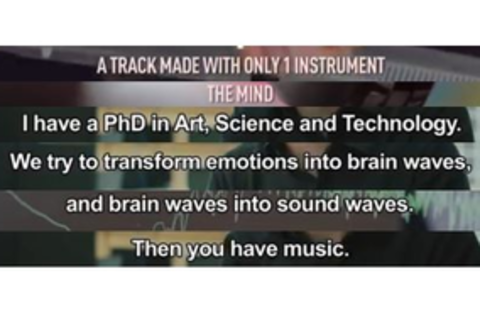 Historically, inventors and technical innovators have worked well away from creative’s. Both sets of people operate in very different worlds – worlds that are very far apart.
But there is a sub culture growing that is seeing them start to collaborate at the very beginnings of an idea.
Innovators are pushing the boundaries with technology whilst sharing their thoughts with creative’s who are looking for new ways to capture people’s imagination.
Now the creative’s are getting in bed with the innovators really early to create some incredibly innovative ideas without constraints or limits.
Gradually this is seeping into mainstream culture with mind blowing results.

As one of the UK's youngest businessmen, Andy's success was well documented in papers from The Telegraph to the Trinity Mirror Group. In 1997, aged 17, Andy was awarded the title of Young Entrepreneur of the Year.
Throughout the 90's, Andy's interest in music & entertainment became more and more apparent. In 1997 he launched Insanity Entertainment, an event management and promotions company.
In 1999, Andy was asked to join a consortium of music management professionals to setup a charity to pioneer new music in South East England. Andy went on to be a founding trustee of Medway Music 2000, a registered charity, creating opportunities for young musicians and promoting a yearly festival called Parklife, which attracted upwards of 14,000 people.
By 2003, the company trading activity had become more & more centred on the role of a music agent. Andy made the decision to rename the company and incorporate it as Insanity Artists Agency.

Seth is the founder of Strange Thoughts Ltd, a specialist company producing tech-led creative for brands. He works with a network of multi-disciplinary experts delivering unique marketing, advertising and experiential campaigns ranging from mind-controlled robotics to space missions. Seth has been running start up’s providing marketing technology to the music and brand industries since 1999, including his market leading mobile agency, Indie Mobile, which was sold to the [PIAS] Entertainment Group in 2008.

I Like The Sound Of That is a music marketing and experiential agency delivering meaningful brand partnerships and creative consultancy.

We also founded Independent Venue Week which ran for the first time in Jan 2014. We will be running the program annually and looking at rolling it out in other territories.