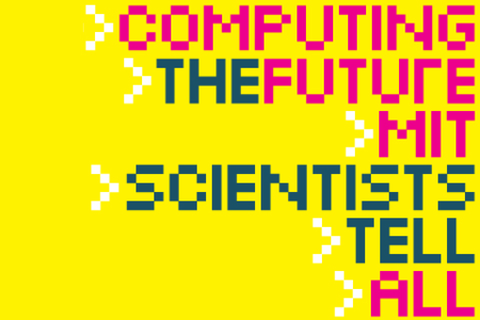 What are the biggest technological challenges facing today’s computer scientists? What new research is on the horizon, how will it change the way that we use computers, and what will the digital landscape look like in 10 years?
If any one group could address these questions it would be the scientists at the MIT Computer Science and Artificial Intelligence Laboratory (CSAIL). Since its founding 50 years ago, the lab has been at the center of the technology revolution. Lab members brought the world everything from public key encryption to the spreadsheet to the World Wide Web, and continue to tackle the toughest challenges in fields like wireless communications and big data.
A panel of CSAIL’s leading thinkers, including Web inventor Tim Berners-Lee, economist Andrew Lo, roboticist Russ Tedrake, and CSAIL Director Daniela Rus, will discuss their current research, how it will play out down the road, and what it means for today’s innovators and entrepreneurs.

Andrew W. Lo is the Charles E. and Susan T. Harris Professor of Finance at the MIT Sloan School of Management and the Director of MIT's Laboratory for Financial Engineering. His research is focused on the fundamental aspects of investments and financial markets, including measuring illiquidity risk in hedge-fund returns, the growth of systemic risk in the hedge-fund industry, and most recently, evolutionary and neurobiological models of individual risk preferences and financial markets. He has published numerous articles, and is a co-author of The Econometrics of Financial Markets, A Non-Random Walk Down Wall Street, and The Evolution of Technical Analysis, and author of Hedge Funds: An Analytic Perspective. He is currently a co-editor of the Annual Review of Financial Economics and an associate editor of the Financial Analysts Journal, the Journal of Portfolio Management, and the Journal of Computational Finance. He is also a research associate of the National Bureau of Economic Research, a member of FINRA’s Economic Advisory Board, the OFR Financial Research Advisory Committee, the CME Group Competitive Markets Advisory Council, the Consortium for Systemic Risk Analytics Academic Advisory Board, and founder and chief investment strategist of AlphaSimplex Group, LLC, an investment advisory firm based in Cambridge, Massachusetts.

Rus is the recipient of the NSF Career Award and an Alfred P. Sloan Foundation Fellow. She is a Class of 2002 MacArthur Fellow and a fellow of AAAI and IEEE. She serves on the scientific advisory board for the Max Planck Institute, on the editorial board for the Journal of Autonomous Robots, and on the long-term planning board for the IEEE Robotics and Automation Society.

Professor Tedrake is the X Consortium Associate Professor of Electrical Engineering and Computer Science and Aeronautics and Astronautics at MIT, and the Director of the Center for Robotics at the Computer Science and Artificial Intelligence Lab. He is a recipient of the NSF CAREER Award, the MIT Jerome Saltzer Award for undergraduate teaching, the DARPA Young Faculty Award in Mathematics, the 2012 Ruth and Joel Spira Teaching Award, and was named a Microsoft Research New Faculty Fellow.

Professor Tedrake received his B.S.E. in Computer Engineering from the University of Michigan, Ann Arbor, in 1999, and his Ph.D. in Electrical Engineering and Computer Science from MIT in 2004, working with Sebastian Seung. After graduation, he joined the MIT Brain and Cognitive Sciences Department as a Postdoctoral Associate. During his education, he has also spent time at Microsoft, Microsoft Research, and the Santa Fe Institute.

A graduate of Oxford University, Tim Berners-Lee invented the World Wide Web, an internet-based hypermedia initiative for global information sharing while at CERN, the European Particle Physics Laboratory, in 1989. He wrote the first web client and server in 1990. His specifications of URIs, HTTP and HTML were refined as Web technology spread.

He is the Director of the World Wide Web Consortium (W3C), a Web standards organization founded in 1994 which develops interoperable technologies (specifications, guidelines, software, and tools) to lead the Web to its full potential. Tim is a Director of the World Wide Web Foundation, launched in 2009 to coordinate efforts to further the potential of the Web to benefit humanity.

He has promoted open government data globally, is a member of the UK's Transparency Board, and president of London's Open Data Institute.

In 2001 he became a Fellow of the Royal Society. He has been the recipient of several international awards including the Japan Prize, the Prince of Asturias Foundation Prize, the Millennium Technology Prize and Germany's Die Quadriga award. In 2004 he was knighted by H.M. Queen Elizabeth and in 2007 he was awarded the Order of Merit. In 2009 he was elected a foreign associate of the National Academy of Sciences. He is the author of "Weaving the Web".