The Kids Are All Right: Youth Activists Online 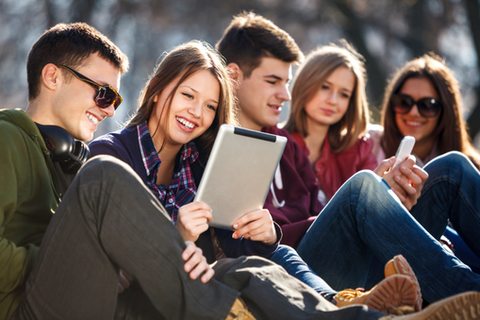 From social media to smart phones, activists across the country have a growing number of tools to advance their causes. NationSwell, a new media company focused on American renewal, has teamed up with Ronnie Cho, formerly associate director of the White House Office for Public Engagement, for a discussion on the ways technology has inspired and empowered youth activists. Cho will interview Charles Orgbon, founder of Greening Forward, and Simone Bernstein, cofounder of VolunteenNation, about their use of technology to solve national challenges. The panel will explore how the internet empowers young people to transform their personal ideas into national impact. And Greg Behrman, CEO and Editor-in-Chief of NationSwell, will address how the successes of these students might be replicated.

After noticing his school's littering problem as a 12-year-old 5th grader, Charles Orgbon III began leading school-based community beautification projects. He quickly realized that the environment movement was not adequately supporting young environmental changemakers; therefore, he created Greening Forward. Today, six years later, the youth-driven, youth-imagined organization has grown into the largest movement of its kind. In all, Greening Forward has distributed over $40,000 in funding to youth environmental projects that have also planted over 300 trees, built over 80 compost bins, installed over 200 rain barrels, monitored 11 streams, recycled 120 tons of waste, planned two International Young Environmentalists Youth Summits, and advocated for a number of other environmental issues. The Children’s Museum of Indianapolis has dedicated a piece of the Power of Children permanent exhibit to Charles’s efforts in order to inspire more young people to make a positive difference in the world and by 2014, Charles will be published in five books, and is currently one of 48 “People of Character” featured in school agenda books.

Greg Behrman is Founder, CEO, and Editor-in-Chief of NationSwell (www.nationswell.com), a digital media company focused on high-quality stories about the people who are renewing America. He is also the Founder & Director of The CT Heroes Project (www.ctheroesproject.org), an initiative aimed at eliminating homelessness amongst veterans in CT by the end of 2015. He completed a one-year military deployment to Afghanistan, where he served as an advisor to Gen David Petraeus and Gen John Allen. He was also formerly an official with the US Department of State. Behrman is the author of The Most Noble Adventure: The Story of the Marshall Plan and the Time When America Helped to Save Europe, which received honors from The Washington Post and the American Academy of Diplomacy. He is also the author of The Invisible People, a book about the US response to AIDS in Africa. He lives in Fairfield, CT with this wife and daughter.

Ronnie Cho is the former Associate Director of the White House Office of Public Engagement where he served as President Obama's liaison to Young Americans. Prior to joining the White House, he was an editor at the Newsweek Daily Beast Company in New York City where he wrote and edited content related to social justice, innovation and social entrepreneurship. In 2009, Cho worked at the Federal Communications Commission as part of the team that wrote the National Broadband Plan and also served as Associate Director, Office of Legislative Affairs at the U.S. Department of Homeland Security. The Phoenix, Arizona native and proud Arizona State Sun Devil has worked on several political and issue campaigns including Senator John Kerry’s 2004 presidential campaign, former Arizona Governor Janet Napolitano’s 2006 gubernatorial race and most recently on the Obama for America campaign beginning in Iowa in 2007. He was also featured in the HBO documentary “By The People: The Election of Barack Obama” that followed President Obama’s historic campaign. He is currently leading an effort to connect every American classroom with world-leading broadband speeds and serving as a senior correspondent at NationSwell, a media start-up devoted to American renewal.

Simone Bernstein and her brother launched VolunTEEN Nation, a national youth-led non-profit organization. With more than 7,500 volunteer opportunities on VolunTEEN Nation, more than 35,500 youth have found volunteer opportunities through the site and service projects. The organization guides and empowers youth to become actively involved in their community. Simone has spoken at numerous conferences throughout the nation, has a column at the Huffington Post, was a 2010 L’Oreal Paris Woman of Worth, is on the 2013 Forbes 30 under 30 Social Entrepreneur list, and is one of Glamour's 2013 Top 10 College Women.