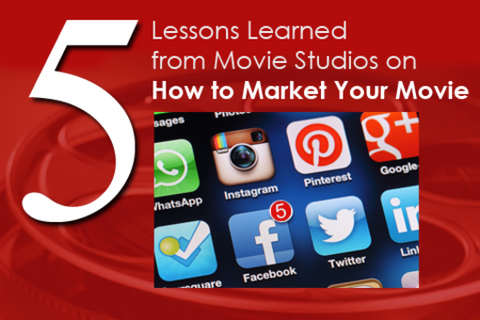 Kevin is also founder of Silicon Beach Fest, the first and largest tech, startup and entertainment conference in LA. The fest brings together LA's accelerators, startups and Hollywood digital entertainment, and attracts more than 3,000 attendees with a multi-day fest in the summer, and a one-day event in the fall. Silicon Beach Fest has been covered by Forbes, TechCrunch, PandoDaily, LA Times, and other national and local press.

He was named in a recent Forbes article as one of “12 Entrepreneurs That Are Changing LA Forever.”

Kevin graduated from Yale University, and has a masters from Harvard University.

He also co-founded and is President of both Yale in Hollywood and IVY Entertainment, both networking organizations for alumni in entertainment based in LA.

Focused on the intersection of technology and entertainment, predominantly in how emerging technologies will radically change how consumers experience media entertainment content.

Extensive work in the area of innovation and facilitation as a catalyst for growth; this includes internal innovation initiatives targeting new processes to enable quicker ideation, prototyping, and launching of ideas to market, as well as external partnerships allowing for innovation through collaboration (through partnerships, JVs, commercial deals, and direct investments/accelerator models).

History of success in building and launching new models and products to the market.

Maria Pacheco is the Sr. Director of Marketing for Global Interactive at DreamWorks Animation. She is responsible for product marketing, promotional partnerships and merchandising for DreamWorks mobile games and apps. Maria was responsible for launch and Marketing efforts for DreamWorks "Turbo FAST" mobile game which has achieved over 40 million downloads. Maria and her team received the Mobile Marketing Association's Gold SMARTIES Award for "Best Global Channel Media Strategy for Apps/Gaming" as well as the 2013 Mobile Excellence Award for "Best Entertainment Related Marketing Campaign" for Turbo FAST.

Pacheco has been in the mobile games industry for over 10 years and has managed Marketing and Business Development activities for companies like Electronic Arts, JAMDAT, Vivendi and Atari. She began her career in mobile games at Sprint where she received the 3GSM Industry Achievement Award for her integral role in launching Sprint’s ‘Game Lobby’, the industry’s first carrier-based mobile games community in the world. Pacheco holds a master’s degree in business administration from Baker University and a bachelor’s degree in marketing from Pittsburg State University.

Bettina Sherick is the SVP, Digital Strategic Marketing for 20th Century Fox International, where she is responsible for managing relationships with leading digital marketing and technology companies to ensure that digital is at the core of all marketing activity within the division. During her 12 year tenure, she has managed the launch of over 100+ international digital marketing campaigns for titles such as X-MEN: FIRST CLASS, RISE OF THE PLANET OF THE APES, RIO, AVATAR, all films in the ICE AGE franchise, and THE SIMPSONS MOVIE, the latter of which won the Webby Award and People's Voice Webby Award in the Movie and Film category. She has also spearheaded the development of proprietary systems to enable the quick launch of digital content globally.