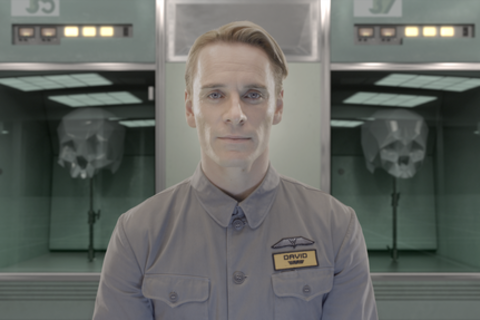 A discussion with RSA Films and Scott Free London on their recent brand-related experiments, from Youtube's 'Life In Day' and the Parallel Lines film series for Philips, to the groundbreaking virals for Ridley Scott's 'Prometheus', and recent hit 'Christmas In A Day'.

RSA Films Executive Producer, Caspar Delaney and Scott Free Head of Development, Jack Arbuthnott discuss their findings and why protecting the integrity of content is the key to tinkering with conventions.

Caspar Delaney’s career in advertising and film production began more than twenty-five years ago. In that time, he has produced work for major global brands including, Coca Cola, Nike, Adidas, McDonalds, Philips, Sony, Guinness and Mercedes – and with some of the worlds leading film directors.

Since joining RSA in 2005, Caspar has been in the forefront of the company’s ventures into the emerging ‘branded content’ market. In 2010 the Philips ‘Parallel Lines’ campaign won the prestigious Craft Grand Prix at the Cannes Advertising Festival. Then in 2012 he worked on the viral films for the online campaign of Twentieth Century Fox’s feature release ‘Prometheus’, which has become a case study for Hollywood studios in new ways to market their films.

Earlier this year Caspar finished producing another on line short film for Jaguar, to launch their new F Type sports model. ‘Desire’, starring Damian Lewis opened at the London Sundance Film Festival and has attracted more than 85 million on line interactions since its release in April 2013.

As well as commercials, Caspar has produced TV documentaries and short films – two of which have been included at the Sundance Film Festival. He also worked closely with Tony Blair’s Labour Party during their 2001 general election campaign.

Since joining Scott Free London Jack has spearheaded the company's work on innovative crowd sourced documentaries initially Kevin Macdonald's LIFE IN A DAY and most recently producing CHRISTMAS IN A DAY. He also served as an executive producer on SPRINGSTEEN & I and is currently co-producing Christopher Smith's GET SANTA.

He was previously a development executive at BBC Films and the UK Film Council, beginning his career at New Line Cinema / Fine Line Features, and is a graduate of the UK's National Film & Television School and Oxford University.