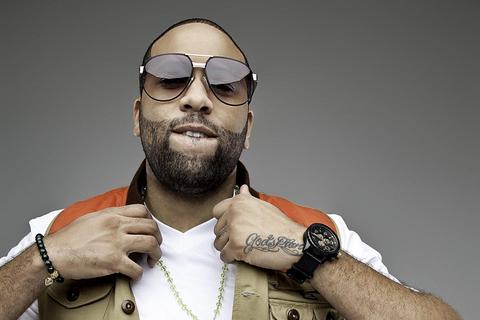 An anthem is defined as “a song of devotion or loyalty, a song of praise, and a symbol for a distinct group of people.” As a celebrity DJ and producer, Don Cannon is responsible for a new sound of major hip hop anthems storming the airwaves over the past couple of years. Cannon is an internationally known DJ who can be heard spinning to elite entertainment industry crowds from Atlanta to Tokyo. His production credits list a who’s who of hip hop’s Top 10 rappers including Outkast “The Art of Storytelling Part 2” featuring Marsha Ambrosius, Young Jeezy “Go Crazy” featuring Jay-Z, 50 Cent’s “Man Down,” Ludacris’ “Everybody Hates Chris” and “Undisputed” featuring Floyd Mayweather, and Fabolous’ “Jokes on you.” This is only the beginning as Cannon continues to perfect his craft and mold newcomers like Asher Roth into superstars.

Donald Cannon is a native of Philadelphia, PA and at the age of five he began his foray into a musical career with his first set of turntables, a mixer and a karaoke machine. Upon high school graduation, Cannon left his Philly hometown to attend popular HBCU Clark Atlanta University. Cannon used those 4 years to sharpen his talent, and develop an understanding of his audience, while rapidly solidifying his position as one of Atlanta’s top tier DJs. As a former member of the Aphilliates, a group of DJs who are Philly natives and CAU alumni, Cannon forayed into the unofficial title as Music Director for Sirius Satellite Radio’s “Shade 45” on “The Aphilliates; The Streets Is Watchin,”co-hosted a show on Atlanta’s WHTA HOT 107.9 FM, and most notably helped to popularize the Gangsta Grillz mixtape series.