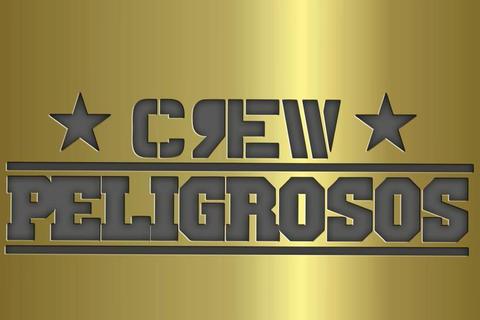 • @crewpeligrosos (Dangerous Crew) is the most interesting Hip Hop project in Colombia’s music scene. Born as an artistic alternative to violence in the streets on Medellin, from their neighbourhood "Aranjuez" their leader and inspiration Henry Arteaga "JKE" MC, commands the group with P. Flavor, his sidekick, as MC and DJ Rat Race.

• By February 2012, Medayork reached #1 on the public broadcasting system (Radionica); the most important list of alternative music in Colombia. On April 2012, they released Mera Vuelta, the first cut from their upcoming debut album produced by Mexican Hip Hop pioneer Toy Selectah (@toyselectah) which will be released by November 2012. Their first video Medayork directed by Alejandro Niño http://bit.ly/uNjtlH and recorded on the streets of Aranjuez and was on rotation on MTV and HTV.

• They a have a high energy live show and stage presence. The complete setup includes and 8 piece live band, MC's, DJ and the best B Boys to be found in the region and probable Latin America. Under the musical direction of Daniel Crowe from Israeli and former Mayumaná drummer. They have performed in festivals and tours around the region with the likes of Bombe Stereo, Calle 13, MGMT, Tinieh Tempah among others.

• The project also involves 4 Elementos Eskuela (Four Elements School) ) where more than 400 children and young kids from Medellin learn about Hip Hop every evening in the Aranjuez neighbourhood. Sixteen instructors in all areas of Hip Hop are in charge of this project of social transformation that is becoming one of the most important Hip Hop hotbeds in Latin America.

The show at Meduse Lounge on Wednesday, March 13