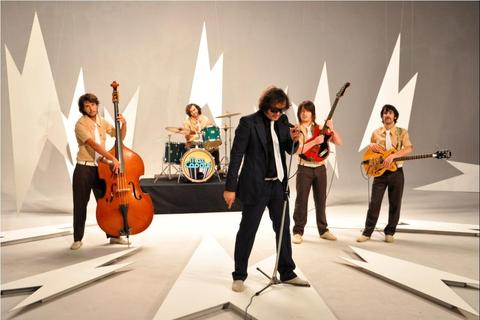 One of the most eccentric newcomers on the Rio de la Plata indie pop scene, Max Capote is a pioneer in exploring and reinterpreting various genres, and has developed a pop and vintage aesthetic that hovers between genius and decadence, the provincial and the global. It is not pop, or bolero, or bossa nova, or salsa, it is Max Capote doing his colourful
and eccentric reinterpretation of world music. On the back of his particular histrionic stage presence, he has performed in Uruguay, Argentina and Europe. His latest album, Chicle, was nominated for seven Graffiti Uruguayan Music awards and was released in Uruguay, Argentina, Europe, and the United States. He was nominated for the Latin Grammy Awards 2011.