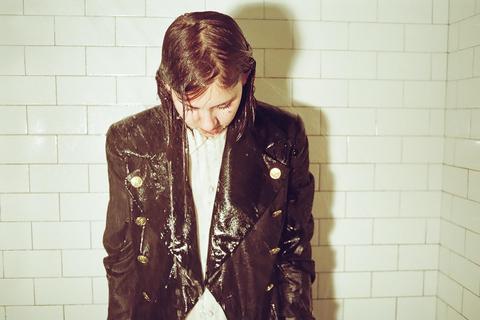 When does a musician finally hit upon his or her particular "sound"? For some, it bursts forth from their body fully formed; for others, it takes months or sometimes years of trial-and-error. For Mackenzie Scott, the singer-songwriter from Nashville who performs under the name TORRES, the foundation and framework of her distinctive sound were already in place but it just needed that one crucial final piece.

"My family pitched in to get me a Gibson 335 last year for Christmas," she says. "I didn't quite find the sound I was looking for until I started playing electric." Listen to her self-titled debut album and you'll hear just how crucial that instrument is to her songs now. The delicacy and intimacy that was born from acoustic roots are still there, but now that she's fully plugged in, her music has intensified, with deeper shades of darkness creeping into the mix.

The album also carries with it a rawness and humanism that only serves to increase the feelings of isolation, longing, fear, guilt, revelation, and resolution that Scott expresses beautifully throughout. "TORRES" was recorded over the course of five days in a Tennessee home owned by fellow singer-songwriter Tony Joe White (he of "Polk Salad Annie" fame), and recorded live to tape with as few overdubs as could be managed.

"I wanted this record to be the most honest version of itself that it could be," the 22-year-old songwriter says, "and ultimately that meant that it needed to remain unpolished and fairly raw. I left in a few imperfect vocal takes because I thought it sounded more human that way."

The effect provides the album with a rough-hewn beauty. The cracks that sharpen the edges of songs like the pointed "Jealousy & I" or the drum machine-driven "Chains" gives listeners an even starker look into the heart of these deeply felt songs. And if you lean in close, you might be able to hear the creak of the wooden floors in the house and the hum of the tape machine capturing it all.

To preserve the sonic warmth and integrity of this gritty, heartfelt album, "TORRES" will be available on double vinyl, as well as on CD and digital formats. No matter how you listen to it, though, the songs will cut right to the bone. Scott spills every inch of her soul on these tracks, reflecting the joys and sorrows, and the unpredictability and uncertainty of life and love.