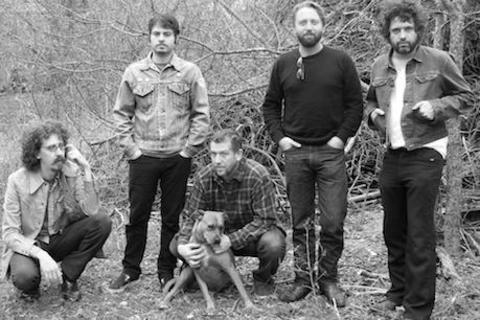 Even after the disaster that was “Shortcut to Memphis”, The Golden Boys are still a stunning example of rock’n'roll from the heart. Separate The Golden Boys and you get 5 destructive tornadoes of law defying drunkenness and self loathing (especially Schmitz) bring them together, and they form a sub-par action squad of stumble-drunk sweethearts who even at their worst…are the best band in the world. We really, really hate them for that.

Formed in 2000 in between Bryan Schmitz’s (bass) Matt Hoopengarder’s (guitar, vocals) and John Wesley Coleman’s (guitar, vocals) stints in jail and on drugs, the boys have formed something tangible through 5 LP’s worth of material. Through the addition of drum beater Pat Travis and total asshole Nay Nay Arbietman (keyboards) the band has cultivated a truly Texan sound. Their songs are Texan in their drunken reverie and Texan in their tender heartache. Despite Pat being the 2nd drummer, Nay Nay being kicked out 3 times, and Matt breaking up the band about a dozen times, they’ve managed to pull it together for a couple of disastrous, yet well received U.S tours. They even got a European tour under their sweaty belts. Well done, Boys.

All in all, The Golden Boys are a fun group of grouchy sweethearts that will come to your house, charm your girl, drink all your booze, then dip out of there.

Yeah, they’re fun to drink with.

The show at Soho Lounge on Wednesday, March 13