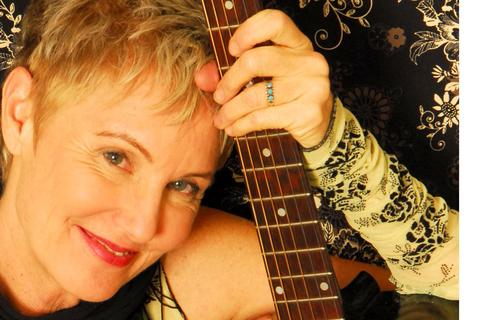 Eliza Gilkyson is a politically minded, poetically gifted singer-songwriter, who has become one of the most respected musicians in folk and Americana music circles. The Grammy-nominated artist has appeared on NPR, Austin City Limits, Mountain Stage, etown, Sirius/XM, Air America Radio and has toured with Richard Thompson, Patty Griffin and Mary Chapin Carpenter. She has been inducted into the Austin Music Hall of Fame alongside legends Willie Nelson, Townes Van Zandt, and Nanci Griffith.

Eliza’s songs have been recorded and performed by such greats as Rosanne Cash, Tom Rush and Joan Baez, who covered Eliza’s song “Requiem.” The meditative tune was originally written as a prayer for those who lost lives in the devastating tsunami in Southeast Asia and was featured on NPR’s All Things Considered. It has been nominated for two Grammys on different recordings, and last year won the Edison Award, the oldest and most prestigious Dutch music prize for a choral recording by the Conspirare Choir. Eliza has also won 3 Austin Music Awards and 4 Folk Alliance Music Awards.

The daughter of legendary songwriter Terry Gilkyson, Eliza grew up in Los Angeles knowing that her life would revolve around music. As a teenager, she recorded demos for her father, an accomplished songwriter whose songs have been covered by artists as diverse as Dean Martin, Johnny Cash (“Memories Are Made of This”) and the White Stripes (“Look Me Over Closely”), and whose credits include such standards as  “Green Fields,” “Marianne” and “The Bare Necessities” (from the Disney film Jungle Book).

After living and recording in the Southwest and in Europe, Eliza settled down in Austin, Texas, releasing her first album on Red House Records in 2000. Her label debut Hard Times in Babylon was a critical success as was her next recording Lost and Found. Eliza followed this breakthrough success with her 2004 release Land of Milk and Honey, which was nominated for a Grammy in the category of Best Contemporary Folk Album. The CD was decidedly socio-political in nature, from the Iraq War awareness plea, “Hiway 9,” to the call for peace in Woody Guthrie's previously unrecorded and timely peace anthem, “Peace Call,” a track featuring vocals by friends and fellow artists Patty Griffin, Mary Chapin Carpenter and Iris DeMent.

2005’s Paradise Hotel was her most personal album to date. It featured songs that artfully revealed the roots of her progressive patriotism and commented on the direction our world is headed by peeling back the thin layers obscuring the heart of what matters in these complex times. The album included guest appearances by Shawn Colvin and label-mate Ray Bonneville and included vocal support from an all-star Austin cast including Ray Wylie Hubbard, Slaid Cleaves, Marcia Ball and others. Anxiously awaited by fans and critics alike, her live album Your Town Tonight was released summer of 2007 and featured songs that were fan favorites as well as lesser known originals from her pre-Red House days and covers of songs by Bob Dylan and her father Terry Gilkyson. Eliza’s 2008 album Beautiful World was an evocative collection of songs that explored an optimism and love for the world despite its violence and darkness. It was hailed as her masterpiece by All Music Guide and was called “one of the best folk albums of 2008” by the Utne Reader.

In the past year, Eliza has been busy, recording two new albums. Last summer she released the Billboard-charting Red Horse with friends and fellow Red House songwriters John Gorka and Lucy Kaplansky, and now she releases Roses at the End of Time, her first new solo recording in three years. Like the tracks she recorded for Red Horse, this new album was produced by her son Cisco Ryder and recorded in her hometown of Austin, Texas.

Although Eliza tours regularly, she remains an active member of the Austin music community and is involved specifically with water conservation issues and The Worker’s Defense Project, which advocates rights for undocumented workers in the United States. In 2010, she co-founded 5604 MANOR, a community center in Austin that promotes political activism and community involvement around issues of race, patriarchy and global injustice.