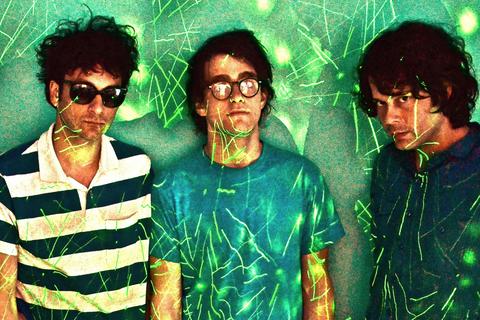 Boiling up from the independent musical cauldron Hotlanta has become, here comes Gringo Star with its follow up to 2008's critically acclaimed debut,  “All Y’all.  The band now comes into its own with “Count Yer Lucky Stars, ” a collection of catchy and instantly classic pop music.  You won’t be able to stop humming this spate of new and bright tunes, music that lifts the spirit.  In this Ben Allen (Animal Collective, Gnarls Barkley, Deerhunter) produced record, the surge of primordial forces that reveals itself through rock and roll only about every other generation has infected these multi-instrumentalists and the result is an upbeat album of raw energy and positivity.  Live, if you can resist the urge to dance, you’ll find your limbs shaking and your toes tapping to a band which has been described as "explosive," "electrifying," and "exceptional."  No need for the devices of the main stream musical glitterati who hide lifeless melodies and meaningless lyrics in stage productions and synchronized dancing meant to distract their wide eyed fans; here it’s the music itself - honest and intense.  The Gringos, brothers Nicholas and Pete Furgiuele, and Chris Kaufmann, play each show as if their lives depended on it, and it’s that urgency combined with great song writing, pop beats and skilled harmonies that raise Gringo Star above the cacophonus crowd.  These four guys should be literally showered with the same kind of excited stammering and fawning heaped onto the stars of the early days of rock and roll, those who created and performed all those American standards in doo wop and R&B, the musicians who were raging around the U.S., night after night putting it all out there, playing their hearts out, singing until they were hoarse and soaked in sweat, letting the music do their talking.  There were once musical movements in this country, but the fracturing and splintering of the music scene stopped new waves from forming and cresting. This is a band which is creating the new standards to usher in the next tsunami.  If you have the chance to catch them in a small venue, you better do it while you still can. Cameron Gardner (Washed Out) is currently performing with the band on drums, live and on the latest album, due out in the summer.

The show at Red Eyed Fly on Saturday, March 16