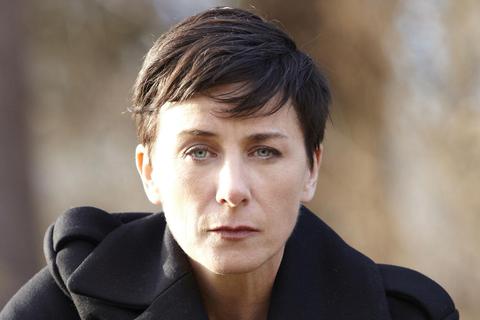 Listen to Headphones On

Melissa Ferrick's 11th original album "the truth is" will be released June 4th, 2013, on NY based MPress Records. This self produced album mixed by ©grammy award winner Trina Shoemaker, is by far the most revealing, beautiful, complete album Ferrick has ever made.
Melissa has released 16 albums over the last 20 years. Signed to Atlantic Records in 1992 at the age of 22 after opening up for Morrissey in the US and UK, she moved onto Independent label W.A.R. Records between 1996-1999. Ferrick launched her own record label Right On Records in 2000. In 2011 Melissa signed with NY based MPress records. She is booked internationally by Fleming Artists Agency performing upwards of 100 shows a year. Melissa attended Berklee College of Music 1988-1990 on a trumpet and songwriting scholarship. Ms. Ferrick is currently an Assistant Professor at Berklee in the Songwriting Department. She is a classically trained violinist and trumpet player. She also studied bass guitar with Richard Appleman and attended the New England Conservatory's Extension division for two years.
Ms. Ferrick is regarded as one of the most prolific, hardworking, honest writers and performers active in the Singer/Songwriter world today.. She has had her songs placed in major films and TV including HBO, Sears, ABC, and TBS. She has toured with many artists over the years, some of which include Morrissey, Marc Cohen, Paul Westerberg, Dwight Yokum, John Haitt, Weezer,Tegan and Sara, G-Love Special Sauce, Dan Bern, Ani DiFranco, k.d.Lang, Suzanne Vega, Shawn Colvin, Mike Doughty, The Indigo Girls, m.o.e., and Anais Mitchell. Melissa has won numerous awards for her work most recently being named one of the most influential queer artists/activists by OUT magazine in 2012.

The show at Palm Door on Thursday, March 14