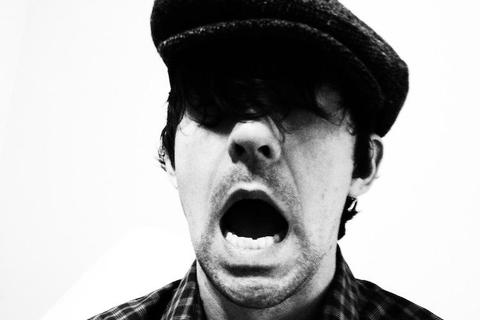 Rickolus is a self-­taught singer songwriter from Jacksonville Beach Florida. Born Richard Colado, Rickolus has spent over ten years fine tuning his ability to craft witty, artful tunes, which are an energetic and thoughtful balance of solid musicianship and spirited imagination. Rickolus is a self made machine, writing and recording over a dozen albums on his own in a green shed in the backyard of his parents home. Rickolus recorded an additional four albums as the front man of the band The Julius Airwave, the last of which was released on Sickroom Records in 2006. Whether solo or as a front man, Rickolus has performed all over the United States, consistently building his wherewithal to charmingly captivate a crowd. Youngster, released on the Circle into Square in 2010, is Rickolus’ latest undertaking. An album devoted to and emanating the nostalgia of getting older and looking back, Youngster serves as homage to his youth. This newest endeavor was also a production of Rickolus’ own making. Written and recorded in the shed behind his family home, the dedication of adequately doing his memories justice is evident in the attention to detail within the superbly recorded tracks. The importance of the personal nature of the theme translates and blends seamlessly into the overall quality of the record. Youngster is an eclectic mix of decades of musical influence and inspiration. Inspirations, which can be chronologically organized and reviewed, and concluded, that he has done his research. He uses reminders of times long since past through his reinterpretation of Sea Chanties, and through his pronounced encouragement from artists such as Edith Piaf and Tom waits. When these influence mingle with the music he was exposed to in the early nineties (The Pixies, radiohead, Neutral Milk Hotel), something truly magical is created. Rickolus is building his momentum and gaining speed.His talents are featured on the musical track for the song “Measure the Globe” on Astronautalis, "This Is Our Science" album .2013 is a promising year for Rickolus; including an anticipated release of his collaboration with Ben Cooper of Radical Face on an album titled Clone. Rickolus is due to release another album in 2013, and is finding his form but his pace is quickening, and with a back stock of unofficially released albums, it might be time we all catch up.