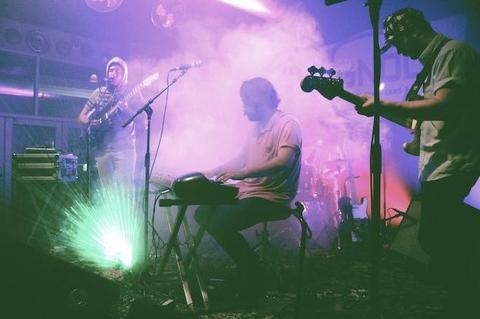 Creating a dreamscape with a foggy lens attached for the viewers eye to lock on to. Dubbed "Swimgaze" we have been at it since 2010, locked up in wooden houses recording music. Its like driving to prom in 1989 on a Jet Ski through the sludgy lake of black magic. A true wall of sound can turn into a grooved glam moment at any time. Wizard spells a must. "We must have played too much Zelda and played a lot of Kate Bush albums".