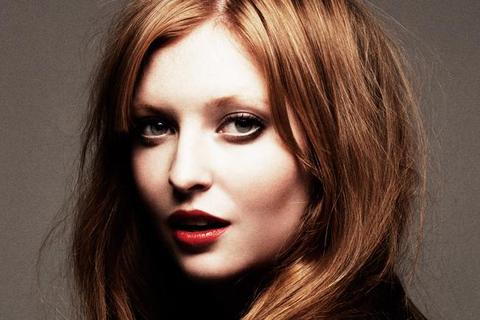 Listen to Water Against the Rocks

An arresting, acclaimed artist who according to MTV is “poised to meet all expectations”, Swedish siren FAYE returns to release her second spellbinding single ‘Breathe Out’ through Best Fit Recordings.

The story behind vocalist Faye Hamlin is by no means a usual one. How many singers can say that they spent their adolescence touring the world with the likes of Destiny’s Child and Aaron Carter as one quarter of hugely successful, million selling Swedish girl group Play? Not many. And even fewer have been able to go on to create music with as much integrity and stylistic prowess as that which FAYE is so naturally and brilliantly releasing today.

Since releasing her dynamic, addictive debut single ‘Water Against The Rocks’ earlier this year – a song which was described as “extraordinary” by PopJustice, with The Guardian hailing it as a track which “overflows with emotion… spectacular” – FAYE has been captivating European audiences with her compelling live show, enchanting all who fall in the path of her soaring, heart-wrenching vocals and irresistible pop hooks.

Written and recorded with Swedish production powerhouse Montauk, ‘Water Against The Rocks’ inspired remixes from the likes of Museum of Bellas Artes, Dreamtrak and HNNY, and was also performed as part of her acclaimed Daytrotter Session. The unveiling of the sublime ‘Come To Me’ as well as a free download of the understatedly ice-cool anthem ‘Mad Dog’ led to further excitement and critical excitement, and now FAYE returns with her most ambitious track to date.

Allowing the Swedish songstress to fully unleash her extraordinary vocal range, ‘Breathe Out’ is a stirring, heartbreaking proposition, showcasing FAYE’s pristine vocals anchored by gleaming synths and a seamless electronic backdrop. Pouring every ounce of her heart and soul into the track, ‘Breathe Out’ perfectly illustrates FAYE’s honest and ambitious approach to her solo creations, her perfect blend of electronica and pop leaving an indelible impression upon all who listen in.

Having been selected to open for Jessie Ware as well as her forthcoming collaboration with iconic Swedish producer Kleerup, there’s no stopping this exceptionally gifted artist, or as The Independent describe her, “a formidable creative force… A true Swedish gem.”

The show at Red Eyed Fly on Wednesday, March 13