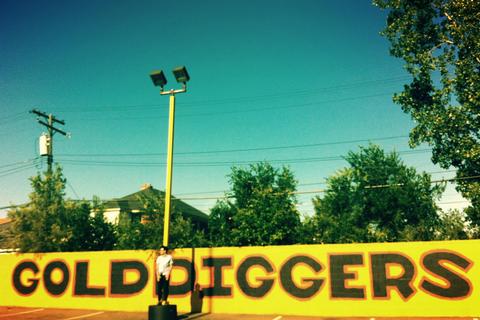 Listen to Carve A Peach

His Clancyness is the solo project of Canadian-born, Italy based singer-songwriter Jonathan Clancy. His solo project started to gain recognition on the internet when he released slowed down, shoegaze inflected cover of Wavves’ “So Bored” and continued to generate buzz with a series of his own catchy, dream-pop blog hits. Jonathan is the front-man of A Classic Education (Lefse) and has released splits with the likes of Shimmering Stars (Hardly Art) and the Babies (Vivian Girls/ Woods). Clancy was born in Ottawa and raised between Canada and Italy, swinging back and forth between the two countries up until his late teenage years, when he took up residence in Bologna. His music reflects this restlessness and incorporates the contrast between his two home countries. He records alone, often at night, to create songs that take the most compelling attributes of the past fifty years of Western pop, and turns them into something his own. Weird pop outbursts, dreamy melodies, fuzzy guitars, psychedelic textures and warm beats are some of the elements that make up his particular brand of rocknroll.

His most noteable release to date is the collection of bedroom recordings ‘Always Mist’. It was originally released as a 100-casette limited edition but it was recently re-released on Norwegian label Splendour, remastered with 7 new tracks. The original release was chosen in Altered Zones’ Tapes of the Year in 2010, where Transparent had this to say, “His Clancyness is Jonathan Clancy of Bologna, Italy via Ottawa, Canada. Always Mist, his first full-length release, is a tender, clean, and consoling collection of snug little dream-pop blankets to ball up in, marked by gliding harmonies into which Clancy injects his rich, wistful sigh. These are not songs that demand a great deal of insight. In fact, there’s no need for understanding at all; the simple arrangements and heartbreak hooks bypass the nerd-centres, burrowing straight through the chest only to manifest themselves two minutes or so later as lumps in the throat and knots in the stomach.”