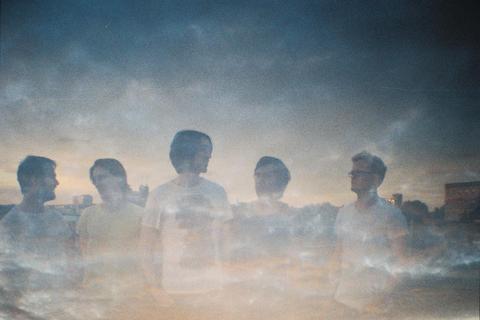 Duologue release their new double-A side single, Underworld/Zeros, on the 29th October 2012 through Killing Moon Records. It precedes the release of their debut album, due out in February 2013.
Duologue’s cerebral experimentation is fast becoming a new favourite among the cognoscenti. This, their third release, finds the London band at their most potent and arguably their most melody-driven too.
The journey began with two original members – Tim Digby-Bell and Toby Leeming (vocals/live programming and beats) – producing on a computer whilst at Edinburgh University. Both realised what they were creating was sounding too big for just a couple of people to play. Seb Dilleyston was brought in to add atmospheres on violin having previously trained with world renowned violinist Maria Eitler. Toby Lee was next to join on guitar and then bassist Ross Stone completed the line-up.
Bonding over a mixture of the best in pulsing electronica and guitar-based music, they’ve fused this eclecticism into a sound of their own.
What makes the band so compelling is that they are just that, a band. Refusing to rely too heavily on programmed elements, each layer comes to life in the live arena. “We wanted to have moments where we can strip it down to the bare essentials, really intimate moments, and then to build up to these epic electronic parts too. It needs to feel like a real journey,” says Tim.
This single is the finest example yet of what Duologue do so well. Underworld builds serenely, focused almost solely on vocals before a visceral soundscape of guitars, programmed beats, drums, and piano collide in the mix. Its crescendo filters back to just that simmering vocal and a stark piano. Zeros opens on a dirty, bluesy guitar riff, before Duologue’s programming and beats fill the song in a cacophony of sound. Similarly to Underworld, the vocal, which flits to and from falsetto on a whim, is the perennial driver, and can find few comparisons.
Having already self-produced and released two EPs showcasing their ability to encompass a wide range of sounds and references, the final piece of the puzzle came with the introduction of producer Jim Abbiss (Adele, Arctic Monkeys, Ladytron). In March 2012 the band and Jim holed up in a Chatham studio and began work – with many of the parts already formed and recorded, Jim took on a co-production role, intuitively helping them further enhance their sonic make-up. Digital synths were replaced by richer analogue gear, real strings replaced programmed ones, and even the inclusion of a church organ.
Due for release in February, the record is the culmination of a journey, yet it’s just the beginning of one too for an intelligent group of musicians intent on longevity. Such experimentation, bold self-belief, skillful songwriting, and unique fusing of musical genres are incredibly rare, and this is only the first album.

The show at Palm Door on Wednesday, March 13