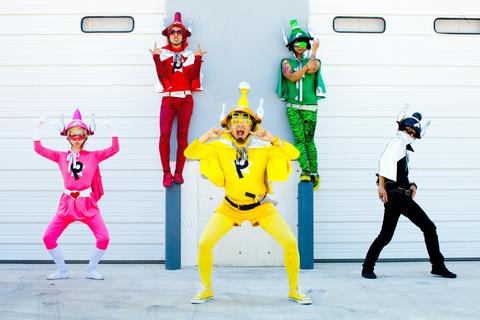 Listen to Get Glasses

Hailing from the Z area of Planet Peelander (but now based in New York City by way of Japan), action comic punk band Peelander–Z has been vacationing on Earth long enough to make six albums and tour the land at a practically non–stop pace. Peelander–Z has now documented this trip on its seventh studio album Space Vacation, set for release on April 10th, 2012 via the Austin, Texas–based Chicken Ranch Records label.

The show at Hickory Street on Wednesday, March 13