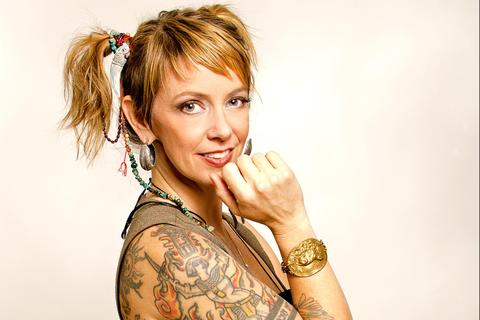 Listen to Count On You

Patrice Pike burst on to the music scene as the electric front woman for the seminal Austin jam band Sister Seven. She co-founded the band almost immediately upon leaving the high school for the performing and visual arts at Booker T. Washington in Dallas, Texas. Soon after she wrote and sang Sister Seven’s top 10 Billboard hit “Know What You Mean”. Rolling Stone Magazine called her "Tina Turner, Bessie Smith, Janis Joplin, and Robert Plant all rolled up into a tiny but explosive package." She was on the fast track to stardom and then, before it ever fully materialized, it evaporated with the much-publicized Arista shakeup that culminated in the firing of music industry legend Clive Davis. Pike was already in the process of being re-energized as a songwriter and performer. Her solo material has taken an increasingly narrative turn, while her sound has moved steadily in the direction of R&B and smart Alternative Pop. Pike has released aclaimed solo records, showcasing her socially astute, literate lyrics alongside her powerful vocals. She has toured relentlessly, both in the U.S. and overseas, building an impressive grassroots fan base. In 2007 she became the youngest member of the Austin/Texas Music Hall of Fame, inducted alongside Lucinda Williams. She is currently producing arguably the finest release of her career entitled “The Calling”, set for release in June 2013. Pike is filled with gratitude for the challenges that have refined her values, strengthened her humanity, and shaped her way of being in the world. If you listen, you can hear each strand in her lyrics and in her voice.