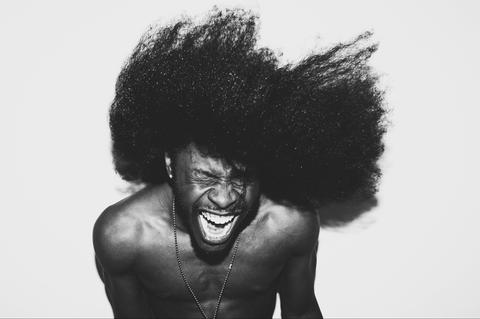 Jesse Boykins III is a singer / songwriter with a timeless sound. He is the creator of a new approach to music he calls “World Soul” in which he shares a point of view that crosses all genres, generations and cultures.

In early 2008, Jesse Boykins III released his debut EP Dopamine: My Life On My Back, a soulful narrative covering a range of emotions from infatuation to lust to obsession with love and the pain of love lost. His follow-up release The Beauty Created soon followed, a critically-acclaimed LP. The album boasts an unabashed admiration of romance intertwined with Jesse’s organic tone, innovative sound and live instrumentation. These successes landed him a Soul Train Award nomination and gave Jesse the chance to travel the world headlining the Romantic Movement Tour.

2011’s Way of a Wayfarer EP explores with even more depth the spiritual journey of the artist. While other collaborations with the likes of MachineDrum, Foreign Exchange, Theophilus London, Sinden, and Full Crate expanded his sound into new territory, he has kept up a steady pace of touring and partnerships, notably with Red Bull, Nike, and Apple. His newest project Zulu Guru is a collaborative effort with New York artist and fellow visionary MeLo-X to be released with Ninja Tune.