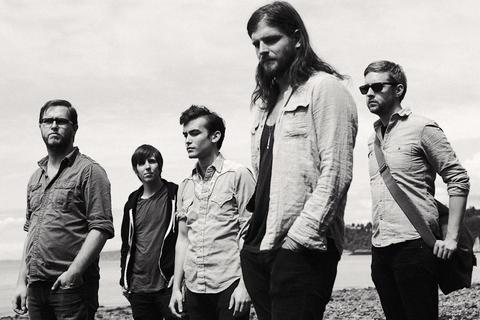 Listen to The Best

On their recent recordings “20,000 Ghosts” and “Wellwisher,” The Rocketboys perfectly married themes of unity and brotherhood with rich, soaring rock, lifting the band to national critical acclaim. The band supported its releases with lengthy tours and multiple festival appearances. Almost inevitably though the rigors of the road took their toll, eventually rupturing the band’s momentum in the winter of 2010-11. Three members of the sextet of college friends from Abilene, Texas left to focus on other endeavors, and the split nearly ended the band.

The resulting hiatus did have its upside, allowing front-man Brandon Kinder a window both to release a solo EP (under the name “The Wealthy West”) and to pen the theme song for The Discovery Channel’s new hit show “Bering Sea Gold.” However, in the end, the three remaining members (Kinder, keyboardist Justin Wiseman, and bassist Josh Campbell) agreed they weren’t at peace letting their collaborative venture cease to exist.

The initial hurdles of rebuilding, though difficult and disheartening, began to give way to new-found inspiration. Though the song-writing process drastically changed as a result of the reduced lineup, with less proverbial “cooks in the kitchen,” a more broad, dynamic range of ideas and visions than ever fermented and flourished. The end result and forthcoming album is Build Anyway. Recorded in their home studio and mixed by CJ Eiriksson (U2, Live, Phish), the album chronicles the emotions through the brokenness in abandonment to the search for peace and closure, both personally and musically.

Build Anyway is set for a June 5th release followed by national touring in Summer 2012.

“What you spend years building, someone could destroy overnight; Build anyway.”
- Kent Keith (made famous by Mother Teresa)

The show at Buffalo Billiards on Saturday, March 16