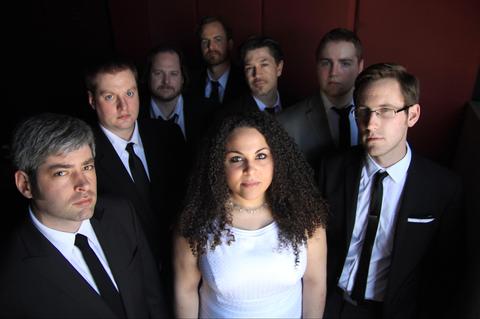 Listen to Right Now Everything

Classic soul meets rock and roll in this dynamic eight-piece collective from Chicago. The Congregation features Gina Bloom, a singer whose raw and powerful vocals are underscored by Charlie Wayne's dynamic guitar riffs, the band's garage rock rhythms and the lively call and response of a three-piece horn section. Steadily gaining steam since the release of their EP, Not for Sleepin', the band's unique and timeless sound has already earned them the opportunity to share stadium bills with acclaimed bands including Wilco, Andrew Bird, Flaming Lips and Garbage. Chicago Tribune listed the band as one of "11 Bands to Watch in 2011" and Paste Magazine recently featured the band on its list of “10 Illinois Bands You Should Listen to Now”. Take heed, this band is worthy of your attention.

On their recently released debut album, Right Now Everything, The Congregation explores influences from Stax-era soul ("When There's Fighting", "Have You Seen My Baby", "I Will Forget You") to garage rock ("Real Thing", "You Need My Love") to gospel "Right Now Everything" and even a little jump blues/swing ("High Class"). It's a formidable entry into the modern soul compendium.

The show at Lustre Pearl on Saturday, March 16

12:00AM Diplomats of Solid Sound