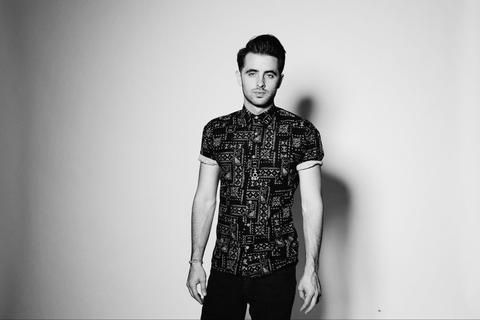 Zak Waters, a Los Angeles native, emerged in early 2011 and arrived on the scene oozing with confidence, sex appeal, and charismatic vocal ability. His creations are perfectly crafted pop songs infused with contagious dance hits.  In 2011, he began releasing original tracks along with his first solo EP "New Normal". 'New Normal' was an instant success among the top music blogs, praising his unique spin on electro / pop & soul. On the stage, Waters & his full live band have been shaking up dance floors across the country with his impressive and ambitious solo work ever since it's inception.

Due to his quick success & buzz, he was asked to collaborate with one of the youngest & most talented producers & DJs in the dance scene, Madeon. Waters collaborated and wrote the melody and lyrics to Madeons biggest song to date, "The City", released in Oct. 2012. With the track being #1 instantly on UK's Radio One and its commercial success, Waters solo tunes were getting noticed on a different level. Waters was featured on NBC's late night hit show, "Last Call with Carson Daly" in Dec 2012 which gave a great look inside the craft and mind of his art. Besides his singing and songwriting, his producing was being noticed which led to his official remixes of major artists, Adam Lambert, All American Rejects  and Foxy Shazam. Most recently, Waters has been in the studio and collaborating with other highly acclaimed and well respected DJs such the nu-disco, house duo The Knocks, as well as Dillion Francis, Felix Cartel and Hot Mouth and DCUP. Aside from his successful collaborations, Waters' live DJ set has been noticed as versatile, mixing live vocals as well as playing much of his own infectious dance music, similar to that of Calvin Harris.

In the center of all of Zak Waters' hard work with other fellow writers/producers and DJs, Waters has been eager to release his highly-anticipated first full length album in March 2013. Shortly after the release of his album, fans and club-goers can look forward to a Club Mix EP, which will be used in his DJ sets. 2013 is proving to be a fast-paced and highly successful year for this Los Angeles up-and comer, a true artist, songwriter, producer and DJ, Zak Waters.

The show at Hickory Street on Saturday, March 16