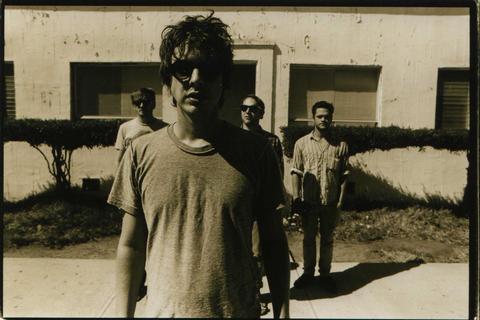 Listen to Try Me Out Sometime

Harkening back to punk rock’s glory days of the 70s, Oklahoma outfit BRONCHO captures the aggression, DIY authenticity and youthful exhilaration of a bygone era and then drags it by the hair into the Here and Now, creating a fresh sound that’s unlike anything being played today. With echoes of The Replacements, Iggy and the Stooges and The Ramones, BRONCHO’s exuberant ten song debut Can’t Get Past the Lips is a blisteringly cathartic 20 minute flash of gritty, crunching guitar work supported by an assaultive rhythm section and made whole by songwriter Ryan Lindsey’s aggressive, yelping vocal work. The band – already featured by NPR Music as one of their “best of 2011” - call themselves BRONCHO. Yes, it is pronounced “braun-CHo” and not Bronco, much to the dismay of many University of Central Oklahoma students. And yes, all caps too.

BRONCHO is Ryan Lindsey, Nathan Price, Ben King, and Johnathon Ford. If their personal biographies were college degrees, BRONCHO would have a combined doctorate in A-class rock’n’roll, with Lindsey’s vocals and guitar supported by Ford (bass), King (guitar) and Price (drums). The project began as an off-the-cuff recording session for Lindsey (who also played keys for Starlight Mints, in addition to performing as a solo artist). He quickly laid down early versions “Pick a Fight” and “Losers” with the assistance of King (Cheyenne) and Price (Native Lights), and then sent them to Ford (Unwed Sailor), asking for feedback. Ford loved the songs so much that he suggested they begin playing shows as a band.“The next thing I knew, Johnathon had a show booked in Tulsa,” Lindsey says.

That first show, a manic, ultra-lean showcase of six songs that clocked in at less than 15 minutes, occurred in February of 2010, since then the band has toured across the U.S. and released their debut album Can’t Get Past The Lips to international acclaim. The collective talent and cumulative experience of all involved with BRONCHO resulted in an album that, for all its dirty-dishwater punk roots, is a masterwork of punk/pop simplicity. Speaking of the band’s reference points, Lindsey says “We all love the way those (punk) records sound so we naturally went in that direction, as far as fidelity goes. But more
than anything, it’s the attitude of an era that I wasn’t around for, but feel a connection with. We didn’t set out to recreate a record from that era, we just took on that message and made it our own.” Or, as Ford puts it: “It’s not nostalgia, it’s natural.”

Now snapped up by Los Angeles imprint, Fairfax Recordings - the label founded by noted producer Kevin Augunas (Cold War Kids, Lumineers, Richard Swift) with a catalog that includes releases by Edward Sharpe & the Magnetic Zeros, Gotye and Tribes - the Tulsa band is looking forward to a busy 2013, with plans afoot for a re-release of the debut in the early part of the year, and a new album to follow later down the track, and a whole ton of work in between.

Already being compared to everyone from Modern Lovers, and Richard Hell, all the way through to the Replacements, and with a stellar live reputation, a killer set of old school NY ’76 style punk rock tunes, and now a new label home, BRONCHO look set to turn heads and make a whole stack of friends in the coming year.