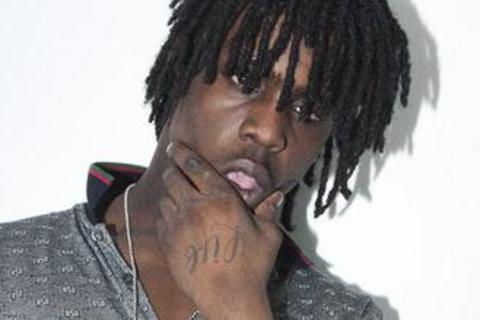 Long before Chief Keef (born Keith Cozart) was one of the most popular teenage rappers in America and the youngest major label head in history, he was a legend among kids on the South Side of Chicago, a gritty set of neighborhoods that most recently made the news for its astonishing rise in murder rate (up 38% in 2012 alone). On December 4, 2011, at age 16, Keef was shot at by police and arrested for unlawful use of a weapon and subsequently placed under house arrest, at his grandmother's house, for a month. On the day he was released, the world outside of Chicago got their first taste of Keef's presence: a viral video called "It's Something Wrong With This Lil Boy: Freaks Out When He Finds Out His Favorite Rapper 'Chief Keef' Gets Out of Jail.'"

In the video, a teenager screams and sings in delight for about four and a half minute about Chief Keef's release, prompting YouTube comments like "Who the hell is Chief Keef?" But many people knew exactly who the hell Chief Keef was because he'd been doing something almost unheard of in the Internet age: becoming massively popular through local word of mouth.

Although Keef himself stopped attending school at age 15, his music gained prominence in the Chicago Public Schools, the third-largest school district in the country with over 400,000 students. Keef's YouTube video for "Bang," a song off of the mixtape Bang that he released in 2011, garnered about a million views before Keef had any visibility outside of his home city, spurred by young listeners who found the atmosphere in Keef's sound and the message in his lyrics to be resonant in their own lives.

Presented by: Boiler Room (Badges and Wristbands Only)