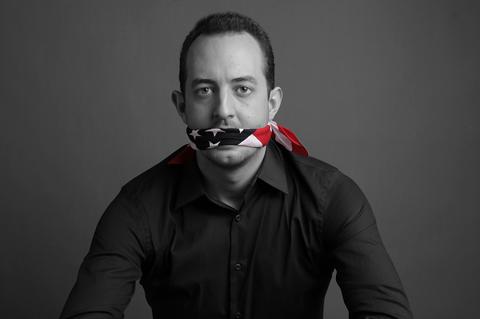 “I have to make something that’s never been made before; have to make the best thing that I’ve ever done in my life - otherwise it gets stagnant or worse,” says producer/DJ Wolfgang Gartner. Whether or not his progressively more maximilist take on electro-house is your bag or not, you have to respect his exponentially steep rise through the electro-house ranks. And Lord knows, you’ve heard it -- or about it: flipping Beethoven’s 5th for the 4 am crowd; eight #1 tracks on Beatport; remix/collabs with Britney Spears, Timbaland and Black Eyed Peas; festival-highlight performances at Coachella ‘10 and Electric Daisy Carnival’s ‘10 and ‘11.

“One of my mantras is that I have a responsibility to advance the genre. If I’m capable of doing something I’ve never done before, I feel like I have to use that ability, because there are not many people who do - or can. I have to push myself real real hard to do it. That’s something that’s really surfaced with this record,” he admits. Gartner’s work ethic is mythical amongst even his most storied contemporaries: Make music all week. Play it out all weekend. His DJ sets - and this speaks to a combination of prolificness, personal taste and a proven track record - are almost entirely made up of edits of his own work. Then again, when you spend 20 hours a day working on music...

“Maybe it’s like an insecurity and not being satisfied listening to it over and over, but I’m constantly asking myself ‘Could it be better?’ It could take me three hours to add this little milisecond sound that nobody but me will ever know is there, but I do it,” Gartner says of his somehow self-effacing self-confidence. “I get into tweaker mode; I’m just sitting there tweaking for ten hours straight on this sound or that track and putting everything together and coming up with something else.”

Take “Forever,” the menacingly not-what-you’d-expect will.i.am collab on Weekend In America. It’s a track that, with its ominous chord progression and middla-nowhere “RIP” shout-out to DJ AM from will, is as unlikely as it is, literally, amazing. “That’s just me sitting with my keyboard and pounding out chord progressions for three days and coming up with a hundred or so and some of them are good and a few of them are great, until finally I get to that one where I can say, ‘This is something I can spend three weeks making into something,'” says Gartner.

He attributes this spike in his equal parts obsessive-compulsive/obsessive-creative disorder in part to his recent move from Austin, TX to Los Angeles. “I had one friend in Austin - who I met for breakfast once every six weeks. I woke, up, went to Starbucks, made music, drove to the airport, flew out, and flew home. My studio was in the master bedroom. With my house in California, it’s in a guest room - I decided I want to make the master bedroom for sleeping.”

There are no love songs on Weekend In America, but there is a new love: hip-hop. “Still My Lady” features Omarion, Dipset’s Jim Jones and Cam’ron trade verses on “Circus Freaks,” and Eve brings it on “Get ‘Em” as highlights on the album.

“Rap music is actually all I listen to when I can just listen to music, like in my car. I spend so much time listening to dance music, rap is something I can just enjoy,” Wolfgang Gartner explains. “I’m not trying to do all these collaborations with rappers to be trendy,” he adds. “I reached out to each of them to make sure they were down and understood where I was coming from. I honestly like hip-hop almost as much as I like dance music, so it’s a perfect combination.”

It should come as no surprse then that the track that opens Weekend In America is “Get ‘Em” featuring Eve. Gartner explains: “I was in New York playing Pacha so I actually went into the studio and worked with her on the track, looping it, trying stuff out,” he says. “She came up with, ‘Party round the world/All my fly people no nasty girls/Jet planes baby that’s me/Come on people now sing along with me.’ We knew that was the hook. It sounds like something Sugarhill Gang would have done, like it knows it’s this classic-sounding hook.”

The addition of rappers is all part of the progression of Weekend In America, he says: “It’s getting progressively harder to make music without hearing vocals and vocal melodies on it - that’s what comes naturally to me.”

Of course, “naturally” is an evolving word in the Wolfgang Gartner lexicon. As “Menage A Trois” proves, you don’t need a vocalist to hear voices. Another of Gartner’s mantras is that he’s making music for the future, and “Menage A Trois” sounds straight outta 2016: fully articulated synth lines trading verses in their own freaked-frequencies like MCs spitting in some as-yet undecipherable tongue. “The thing that makes that track for me is how conceptually different it is for me,” Gartner offers. “It’s literally just a bunch of random pieces from all over the place and some Fender Rhodes piano and this bass tone and then this vocal snippet that sounds like it’s saying ‘Menage A Trois.’”

Random, yes, but Weekend In America is nothing if not inspired by Wolfgang Gartner’s almost contradictory need to evoke his best live moments while pushing himself to top them - and then gig some more to create new moments to top: “Mantra number three for me is that when I’m writing I think about the last really amazing show that was f$%ing unbelievable for whatever reason - everything I make is designed for playing out. I get super tired of playing out every weekend, having one day at home. But I know I need to get out there - I have to do it for market research,” he says.

As Weekend In America proves, it’s often the tracks that are most obsessed over privately that make the biggest impact publicly. Take the Electric Daisy Carnival festival ‘11 favorite “Space Junk,” caned as it was in several sets, which seems to take everything great and terrible over the last 15 years of dance music - vintage synths, hands-in-the-air trance flutter and dubstep’s modulated stammer, and fits it in one track - often in a single measure, sometimes even a single bar. “That’s the one that haunts me,” Youngman admits. “That’s the one I’m always trying to top.” Ironically, it’s also the one that contradicts another Wolfgang Gartner myth: that Youngman is himself a gearhead.

“I’m actually working on Windows XP with limited RAM, on Abelton and three vintage synths - one of which I don’t even use anymore,” he admits. “My computer’s constantly freezing up and maxing out,” he says. “But I’m more concerned with music than technology. I’m willing to write the entire breakdown of ‘Space Junk’ on an old keyboard with a busted arpeggiator that comes out so muddy that I have to deal with the hassle of spending a whole day editing it in 16th notes,” he continues. “But the fact that it came out of a synth - and not a plug-in - makes it totally worth the day I spent.”

Likewise “Illmerica,” with its long, phantasmic synthesizer chord progression, belie the heart of a composer over the somehow soulful rhythm sections that chug and chew more than chop or churn- Youngman’s past life as a Kerri Chandler-loving househead living on. That, he says, and his other past life: third grade piano virtuoso. “My parents made me take classical lessons,” Gartner laughs. “I played in competitions at local colleges with a bunch of other ten year-olds and I think I won a couple of them. Now I couldn’t play to save my life, but that foundation is there.”

And therein might lay the greatest mantra/myth of the Wolfgang Gartner story and the greatest contradiction of Weekend in America: that it’s just dance music. “I would think I would hate what’s mainstream, but the truth of it is, the dance world makes sense to me,” says Wolf. “I understand how and why it creates the response that it does with people.” That said, as Weekend in America shows in its byzantine soul, kaleidoscopic command of frequencies and impossibly imaginative arrangements, Weekend in America the artist is answering to an altogether higher power and potential, one the Wolfgang Gartner massive has the good fortune of being able to get onto the floor and out of their heads to every weekend.

But for Wolfgang Gartner, the introverted empath spending thousands of hours in isolation making these tracks that will connect him to tens, even hundreds of thousands of people at a time, Weekend In America is party-rocking speaker-freq’-ing as self-realization. “I can imagine it and I know something amazing that’s never been heard before is possible. Occasionally it’s even something I can already hear in my head and that’s why I have to make this music.”