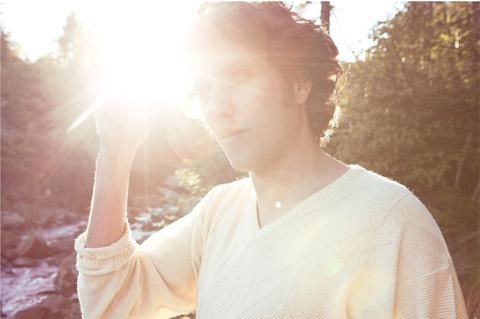 "We are the music that we create" and this has never been more true than with "Sunset", Compuphonic’s, alias Maxime Firket’s, new maxi single on the prestigious Berlin ‘Get Physical’ label in anticipation of his debut album in 2013. For the occasion Maxime got together with American soul singer/violinist Marques Toliver (Bella Union, Bat For Lashes, Grizzly Bear, Holly Miranda, Mechanical Bride) to create a piece of hedonistic house that is entirely characteristic of his style. Spontaneous, positive, natural, open to large spaces, ambitious but always accessible. "All these elements are the common denominator of my music", explains Maxime. "In my productions, I naturally search for originality, but also simplicity, efficiency, emotion and some sort of positive melancholy."

Born in 1983 in Liège, Belgium, Maxime Firket grew up surrounded by music. He studied music theory and classical music at the Academy and did not choose the easy route by opting to study the cello. "A demanding and monodic instrument which forces you to find the right sound and the right note to make yourself heard. My cello background is still useful to me today." As an adolescent, he dreamt of playing in a rock group, but also discovered Kraftwerk, Depeche Mode, Front 242 and Detroit techno. After having created his own studio and put together a few mixes on a Roland Compuphonic synthesiser (yes, that’s where the name comes from...), Maxime soon found himself behind the decks at Dirty Dancing nights in Brussels and recorded his first tracks for Dirty Dancing Recordings. In 2006, his reputation exploded on the dance floor with the groovy "Emotion", produced in collaboration withTiga and released on his label ‘Turbo’.

Compuphonic’s latest track Sunset reached 2 000 000 views on YouTube and gets massive support on BBC RADIO 1 by Annie Mac, Pete Tong & Rob Da Bank.It also got featured on key sites including XLR8R, Data Transmission, The 405, Discobelle, Gotta Dance Dirty, Harder Blogger Faster, Soundplate and many more. You can find a vast amount of overwhelmingly positive coverage of all remixes online and every track is now featured on the Hype Machine. Ontop of that, Compuphonic completed interviews with Discobelle and Attack Magazine and confirmed with DJ Mag, Harder Blogger Faster, STFD, Forward Disco, Local Suicide and more.

With releases on labels such as Tiga's Turbo, 20:20 Vision and his own Union Match Music, Compuphonic has long been regarded by those in the know as one of Europe's best new producers and DJs. Now with the re-release of Sunset and shows over the coming months at such prestigious events as Trans Musicales de Rennes, Eurosonic and SXSW in the US, he's set to become one of Europe's best known too.