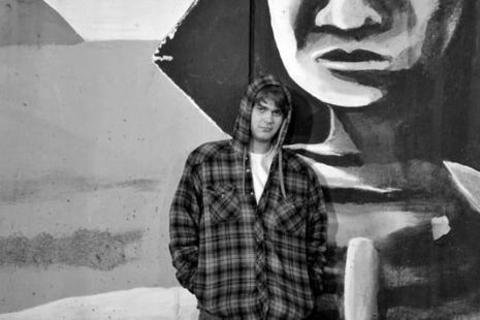 Massacooramaan is the production and DJ moniker of photojournalist Dave Quam. Born and raised Portland, he moved to Chicago in 2005 to study photography, film, and sound at the School of the Art Institute of Chicago. During his time as a student, he started Djing and discussing music from all over the globe on his blog It's After the End of the World. He rose to international attention through his writing and photos of then underground juke and footwork artists of his adopted home, which were some of the first to thoroughly document the scene. Since then, his work has been published in magazines such as Spin, XLR8R, The Wire, and Red Bull Music Academy's online content. He recently relocated back to his hometown or Portland, and has been DJing all over the country, while spending lots of time in the studio making his own creations of experimental dance music. With a contempt for rhythmic regularity, he reconstructs juke, reggaeton, and other styles from various corners of the earth into his own twitching and brutal sound, as heard on his brand new, debut EP "Dead Long Time" on LAX-based DJ Kingdom's Fade to Mind label. His DJ sets contain dance music from all over the globe, with a strong emphasis on current South American, Caribbean, and African dance music, as well as hyperlocal genres from US major cities.

Presented by: SPIN and Night Slugs/Fade To Mind

The show at Easy Tiger on Saturday, March 16