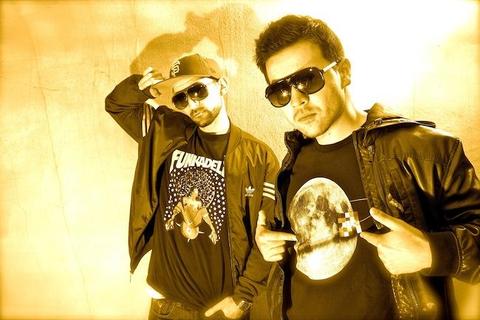 Producer, turntable innovator and synth-wizard Teeko has teamed up with fellow San Francisco modern funk sorcerer B. Bravo to form an electrifying party rocking duo. Combining their love of West Coast funk, analog synthesizers and modern dance music the two delivered a stand out 2012 self titled EP on the SF/ LA based soulful electronic label, Frite Nite. From gritty bangers to sensual slow grinders, the Connection is sure to take listeners and party goers on a funked out ride through the cosmos. In it's full quartet form (including keyboardist Daren Grant and bassist Bobby Menacho) the Starship Connection rocked some of the most exciting festivals in 2012 including HARD Fest LA, Decibel Festival in Seattle, and SXSW, sharing the stage with acts like Erykah Badu, Bootsy Collins, Chromeo and Dam-Funk.