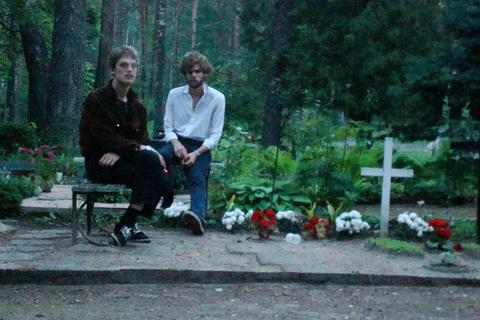 Listen to You Changed Me

Sean Nicholas Savage is driven by the magic of the voice. Originally hailing from Edmonton, Canada but now a fixture of the Montreal music scene, Savage uses his instrument to effortlessly express both the strength and fragility of the human experience. In his writing, Sean has the keen ability to articulate the intricate emotions of everyday life and romance with a measure of specificity and maturity uncommon to most singer-songwriters.
A prolific and dynamic artist, Savage has released seven albums since 2009, ranging from the classic confessional folk of Movin’ Up In Society (2010) to the trippy AM romance of Trippple Midnight Karma (2011) to the caribbean future punk of Won Ton Jaz (2011). This rapid rate of output mirrors that of the great songsmiths (Lee Hazlewood, Joni Mitchell, Scott Walker, David Bowie) that he follows in the footprints of. Savage chiefly works in service of what each song requires, never constrained by the barriers of a specific genre.
His most recent release Flamingo is a wistful, intimate journey to the center of the soul, a self-produced effort that displays the development of both Savage the man and Savage the artist.